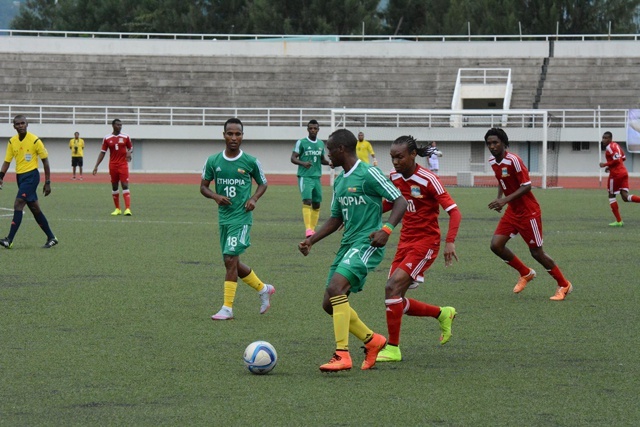 (Seychelles News Agency) - The Seychelles' men’s national football team was placed in the same group as Nigeria for the first time in an African competition after a tough draw for the island nation.

The draw for the Africa Cup of Nations (AFCON) 2019 in Cameroon was made on Thursday and Seychelles is part of one of the toughest groups, which includes Nigeria, South Africa and Libya.

Speaking to SNA on Friday, the chair of the Seychelles Football Federation, Elvis Chetty said, “For us it’s a learning curve and people here will have the chance to see some of the biggest teams in African football.”

The Seychelles’ national team is without a coach after the departure of Ralph Jean-Louis who has been appointed as the new coach of Cote d’Or from Praslin, the second-most populated island of the archipelago.

“We are on the road to appointing someone as the national team coach by the end of next month (February),” said Chetty.

The men’s national team of Seychelles, a group of 115 islands in the western Indian Ocean, went out of the AFCON2017 competition after losing 2-1 to Ethiopia in their last group match in September last year. Seychelles finished third in the Group J with 4 points.

The group stage of AFCON2019 starts June 5 and only the top teams and the three best runners-up from the 12 groups will join host Cameroon in the finals.

The Seychelles' side is scheduled to face two of the best teams in African football, Nigeria and South Africa in group E.

Called the Super Eagles, Nigeria are ranked 50th by the International Football Federation (FIFA) and have qualified for five out of the last six World Cup competitions. They have reached the round of 16 three times, 1994, 1998 and the last edition in 2014 in Brazil.

South Africa, nicknamed the Bafana Bafana, are 60th on the FIFA ranking and won the Africa Cup of Nations in 1996 and took second place in 1998.