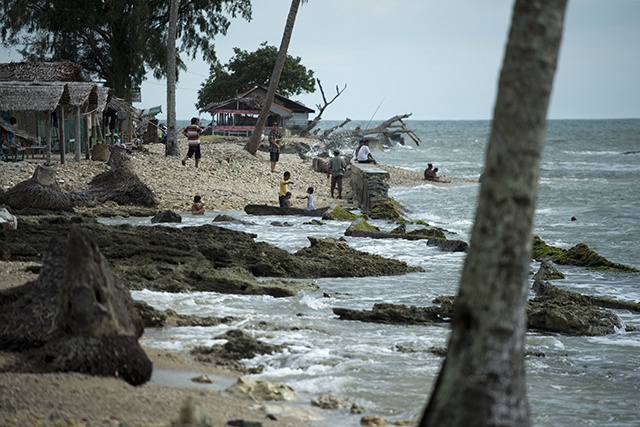 It its preliminary assessment it added that light to moderate damage was possible on Bougainville Island.

The Pacific Tsunami Warning Center warned that waves of between 0.3 and one metre (1-3 feet) above tide level were possible for some coastal areas of PNG and the neighbouring Solomon Islands.

Smaller waves were possible for other nearby countries, it added.

"Even though it is quite deep at 150 kilometres, because it is such a large earthquake, it will produce shaking on the surface," Geoscience Australia seismologist Spiro Spiliopoulos told AFP.

He added that some damage was possible.

A 7.9-magnitude quake struck off Papua New Guinea in mid-December, but no casualties were reported and an initial tsunami threat was later deemed to have passed.

Earthquakes are common near Papua New Guinea, which lies on the 4,000-kilometre-long Pacific Australia plate.

It forms part of the "Ring of Fire", a hotspot for seismic activity due to friction between tectonic plates.

In 2013 the Solomon Islands were hit by a devastating tsunami after an 8.0-magnitude earthquake rattled the region. That tsunami left at least 10 people dead, destroyed hundreds of homes and left thousands of people homeless.