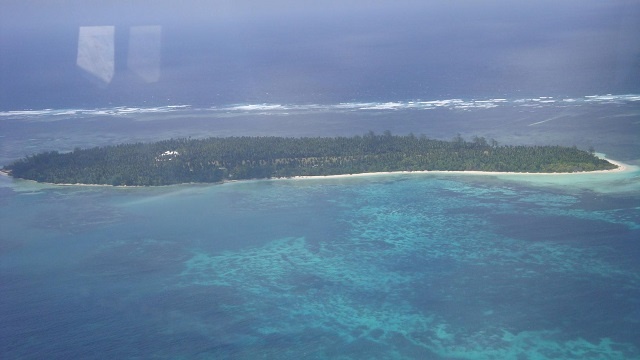 Platte has a land area of 0.54 square kilometres and is low and flat with an encircling reef containing a lagoon. (IDC)

(Seychelles News Agency) - Construction of a luxury hotel on Seychelles’ Platte Island is to start next year, said a top official of the Island Development Company (IDC) on Tuesday.

The chief executive of IDC, Glenny Savy, told the press that one motivation behind the decision to develop a tourism establishment on Platte is to bring more economic activity to the island.

A feasibility study and environmental impact assessment have been done, and the project is expected to start once the local planning authority gives its approval.

Savy said the hotel will have 50 to 60 rooms and the total cost of the investment is around $70 to $75 million.

The press conference on Tuesday was organised following adverse comments on social media regarding the hotel development.

“Recently there are things being said on the social media which are not entirely correct and which is why we are having this conference,” said Savy.

Seychelles, an archipelago in the western Indian Ocean, has a moratorium on hotel development in place and this is not affected by the Platte development which was already approved by the government some years back.

Located 171 km south-east of Mahe, the main island, Platte has a land area of 0.54 square kilometres and is low and flat with an encircling reef containing a lagoon. It is being leased by IDC for its development and management.

The project, which had two previous developers, belongs to the Platte Island Development Limited – current owners of the Four Seasons hotel group, with 80 percent shares.

As IDC has always been a partner in its island development project, the company is a minority shareholder with 20 percent of the total shares.

Before the commencement of the hotel project, the existing airfield on the island will be resurfaced, and the developer is covering the costs.

Savy said IDC will rent the land to the developer for 60 years and, at the end of that period, all infrastructure will go back to IDC.

“For those 60 years, they will pay rental for the leased land. We will sell them our services, such as flights and boat transport to carry fuel, equipment and merchandise to the island for which we get paid,” Savy added.

IDC is owned by the government and tasked with the responsibility to manage and develop the islands that fall under its administration.

The conference, which took place at the IDC headquarters on the outskirt of Victoria, the capital, also addressed the concern about flights to the other outer islands and beyond the shores of Seychelles.