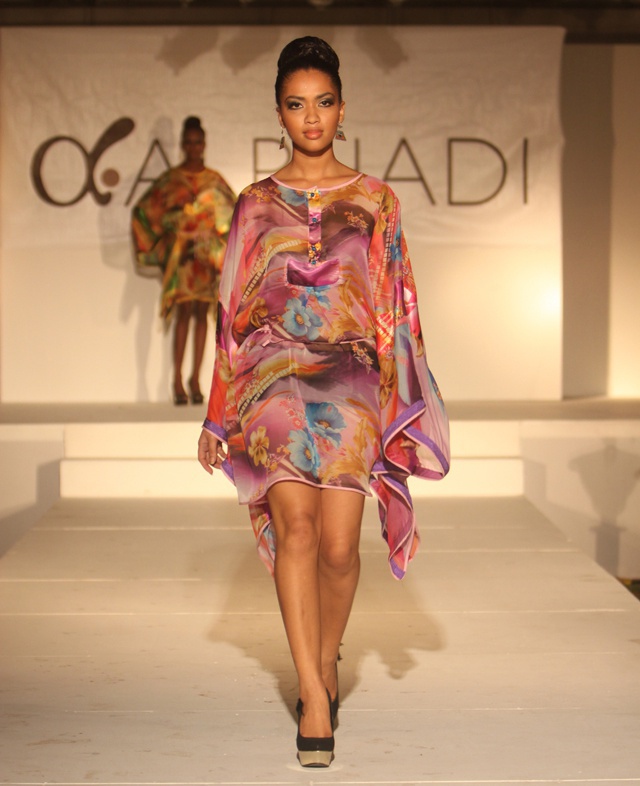 Haute couture fashion, expensive labels and designer goods are becoming more in demand in the Seychelles as incomes get higher. Pictured, a Seychellois model on the catwalk at the Alphadi fashion show for FetAfrik, May 24, 2014 (Joe Laurence, Seychelles News Agency)

(Seychelles News Agency) - There are currently 55 countries classified by the World Bank as upper middle income countries – countries in which the per capita gross national income in 2005 was between $4,086 and $12,615.

Of these 55 countries, a U.S. analyst has predicted that a handful will soon progress to the ‘high income’ level, and Seychelles has made the shortlist of countries poised to achieve this in the next few years.

The gross national income per capita of Seychelles is calculated by the World Bank at $12,180 per year (2012), already extremely close to the upper boundary of the ‘upper middle income’ classification.

Currently engaged in both accession to the World Trade Organisation and ocean-floor oil and gas exploration, Seychelles could be on the verge of a major breakthrough in domestic earning levels.

According to an article published this week on U.S. wealth and economy website of the Forbes magazine, Ehiwaro Efeyini, a senior research analyst at the U.S. Trust Bank of America Wealth Management, recently conducted an exercise to look for the up-and-coming big earners among 215 countries currently being monitored by the World Bank.

While researching the candidates for the rich list, Efeyeni took three factors into consideration: whether the country was already a middle to high middle income country; whether a high level of good governance existed; and whether there had been improvements to corporate and securities monitoring agencies after the 2008 global financial crisis.

Efeyeni then assessed the probability of each country to break through to high-income levels by its ability to apply any of five transition models used by other nations to make the same transition in recent years, such as becoming members of either the World Trade Organisation or other regional trade organisations; are rich in natural resources; and focus on home-grown skills rather than importing their knowledge-base from outside their borders.

The countries rated thus with a high probability of progressing to high-income levels were Mexico, Chile, Malaysia, Seychelles, Poland and Mauritius.

Efeyeni warns that not all economies make the transition, and many end up falling into what he terms the “middle income trap”.

“In a word, governance is the perennial issue that separates emerging from developed and low- or middle- from high-income economies,” Efeyini says.

It’s also important for the countries on the ‘high probability’ list to develop tradeable stock exchanges where it is easy for investors to put their money to work, according to Forbes.

There are currently 74 nations classified by the World Bank as ‘high income’, including small island states and territories such as the U.S. Virgin Islands, Hong Kong and both French and Dutch St. Martin in the Caribbean, thanks in no small part to their thriving offshore banking industries.

Put together, all 74 high income states boast a population of roughly 1.3 billion, and run $49.7 trillion of world’s gross domestic product, more than double the wealth produced by middle and low income countries combined.