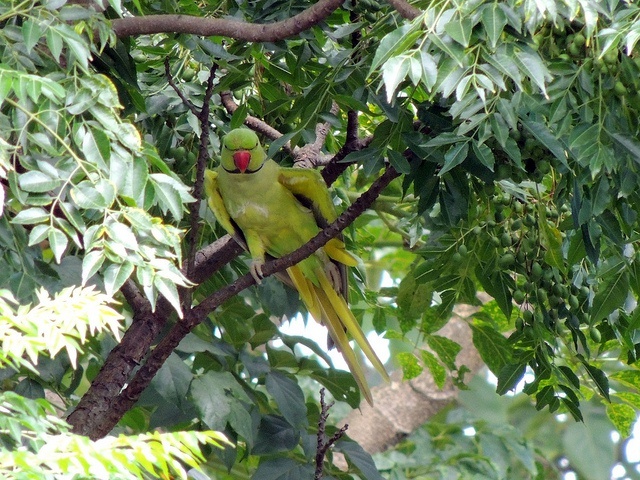 (Seychelles News Agency) - By the end of this year, the eradication of the ring-necked parakeet, an invasive species, in Seychelles could be confirmed, says an official of the Seychelles Island Foundation (SIF) on Thursday.

The current eradication project, which started in 2013, is in the final monitoring phase. The last bird killed was in May last year. To date, 547 ring-necked parakeets have been destroyed.

“It is too early to say with certainty that there are no more ring-necked parakeets in Seychelles,” said SIF Project officer Annabelle Constance.

The parakeet, known as ‘katover’ in Creole, meaning green parrot, was introduced in Seychelles in the 1990s as a caged pet, but later went wild and over the years has been a nuisance to farmers as well as a threat to native bird species. It is also a carrier of certain diseases such as the beak and feather disease that are likely to infect other birds.

The invasive bird prefers the same nesting habitats and food as the Seychelles' black parrot, an endemic species found only in Vallee de Mai, a UNESCO World Heritage site, on the second-largest island, Praslin.

The current eradication campaign including a bounty which started in 2013 is still ongoing.

“There have been many calls, which are expected as the bounty of $148 [2000 Seychelles Rupees] is still open, but none of them has ever been confirmed,” said Constance.

Several eradication programmes have been implemented as early as 2003, but unsuccessful so far. The current one started when the estimated number of the green parrot was from 300 to 400.

Late last year, the chief executive of SIF Frauke Fleischer-Dogley said, “if success is confirmed, this will be a significant achievement for Seychelles since it will be the first country in the world to eradicate this parakeet, which is considered a pest.”

The foundation has conducted other successful eradication programmes and these include eradicating goats and the sisal plant on Aldabra, one of the UNESCO world heritage sites in Seychelles.

SIF is currently gathering information on several other species, such as the yellow crazy ant ‘fourmi maldiv’ in Creole which was accidentally introduced on Praslin in construction material. The ant has devastating impacts across the world and can easily overpower and threaten endemic insects and animals. They have been found in nests where dead black parrot chicks were found.