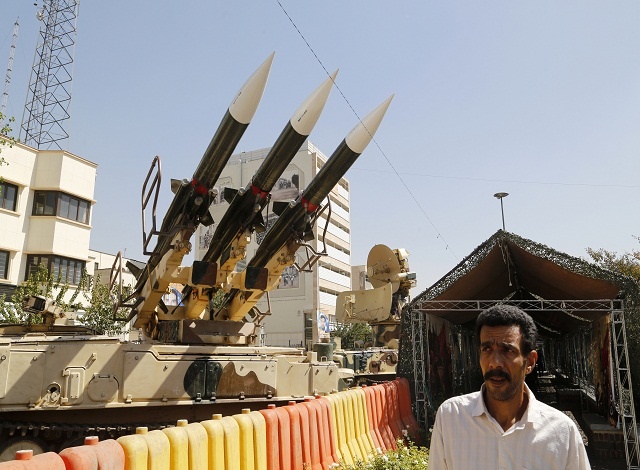 AN Iranian man walks past Sam-6 missiles displayed in the street during a war exhibition to commemorate the 1980-88 Iran-Iraq war at Baharestan square, south of Tehran on September 26, 2016. (ATTA KENARE / AFP)

The United States requested the emergency consultations after the Israeli ambassador to the United Nations called for council action.

"In light of Iran's January 29 launch of a medium-range ballistic missile, the United States has requested urgent consultations of the Security Council," the US mission said in a statement.

"The international community must not bury its head in the sand in the face of this Iranian aggression," said Danon.

"The Security Council members must act immediately in response to these Iranian actions which endanger not only Israel, but the entire Middle East."

It was the first request for council consultations made by the United States since new US Ambassador Nikki Haley took office.

US President Donald Trump has promised to strengthen ties with Israel and has sharply criticized the Iran nuclear deal that led to a lifting of international sanctions against Tehran.

Trump is due to meet with Israeli Prime Minister Benjamin Netanyahu on February 15.

Iran has said its missiles would never carry a nuclear warhead as it has no plans to develop atomic weapons, but military officials have insisted on expanding the country's missile program.

Britain, France and the United States have sought council action over Iranian missiles launches last year, but Russia and China opposed discussion of possible sanctions that they argued would jeopardize the hard-fought nuclear deal.

General » Be a reporter: Write and send your article » Subscribe for news alert
Tags: Iran, missile, UN, US