Renewable energy to get boost in Seychelles from energy planning tool 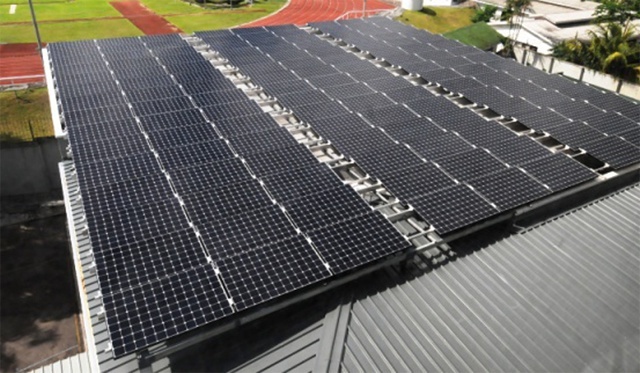 The Institute for Environmental Analytics [IEA] has been chosen to lead a major renewable energy project for Seychelles, a top official of the department of energy and climate change said.

"The aim of the project is mainly to fill the information gap, which we have seen when undertaking the wind farm project,” said Wills Agricole, the principal secretary for the energy and climate change department last week.

Under the project, IEA will develop an energy planning tool using earth observation and other data sources to enable Seychelles to rely less on expensive fossil fuel and more on its abundant sources of solar and wind renewable energy sources.

Named the RE-SAT, which stands for Renewable Energy Space Analytics Tool, the project will be done in partnership with the United Nations Development Programme (UNDP) and will be funded by the U.K Space Agency through its international partnership programme.

Agricole said that the project is being done at an opportune time and will help the government of Seychelles, an archipelago in the western Indian Ocean, to fill the data gap.

“It will use satellite data to identify the most optimal places to place a wind or solar farm,” added Agricole.

The project will be in three phases, with the first one already underway since December. The IEA team will be back in the country on February 20 and the final simulator is expected to be ready by 2020.

Aside from being used for national strategic planning and policy making as well as aid the Public Utilities Corporation (PUC) to stabilize their grid, the RE-SAT tool will be used by the governments of other small island developing states.

Under the Paris Agreement of 2015, Seychelles has committed itself to reduce its carbon emission aim change in a period of time to a low emission climate.

An energy policy  is already in place to guide the island nation towards reducing its consumption of fossil fuels by 15 percent by the year 2030.