Interview: 'I have been on a steep learning curve,' Seychelles’ National Assembly Speaker says 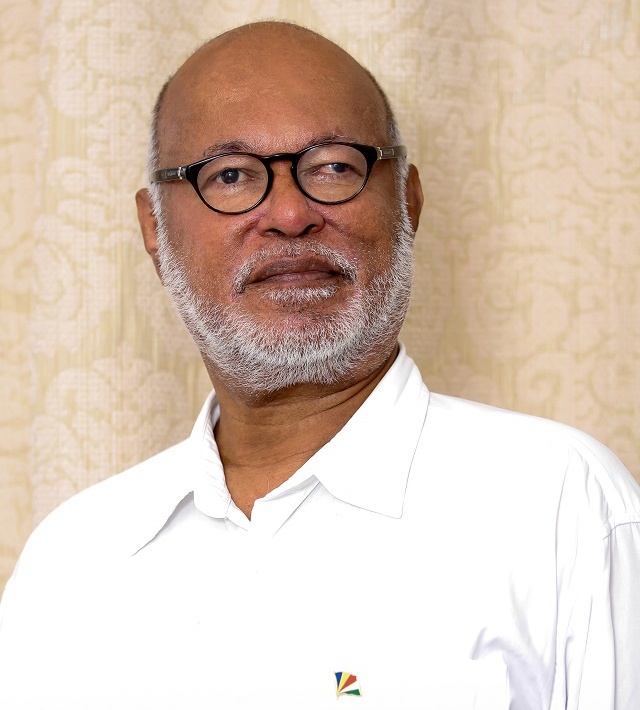 (Seychelles News Agency) - For the first time in Seychelles since the return of multiparty democracy in 1993, a member of the opposition party is the Speaker of the National Assembly, the country’s legislative body.

Patrick Pillay is the elected Speaker of the sixth National Assembly of Seychelles where the majority of seats -- 19 out of 33 -- are not from the president’s party.

To coincide with the reconvening of the National Assembly next week, after having taken a break since early January, SNA spoke to Pillay to see what it’s like to be the country’s first opposition speaker, as well as his overall aim for the new legislative session and his political party, Lalyans Seselwa.

SNA: What is it like to be the first opposition Speaker in the National Assembly?

SNA: How have you seen the first few months as the new Speaker?

PP: Very educational and exciting. I have been on a steep learning curve over the last four months or so - visits to different Parliaments and meetings with different Commonwealth Speakers especially with the Speaker of the House of Commons in Westminster, John Bercow. This has helped built my confidence immensely.

SNA: What are your priorities in this legislative session?

SNA: You are both the Speaker and the representative of Anse Boileau in the National Assembly. How do you keep everything balanced?

PP: It is all to do with organisation and planning. In the 16 years that I was a Minister of State under President Rene and subsequently under Michel, I [have] always [been] responsible for a district as their Central Committee member while being at the Head of a Ministry. As Speaker I do most of my work during working hours especially when we have Assembly sittings. As the MNA (Member of the National Assembly) for Anse Boileau,I do most of my work for the constituents after working hours, during week-ends and during recess.

SNA: What are you political and personal aspirations?

PP: I aspire to remain in politics for as long as my God believes I should be there. I left work and retired in June 2013. I was pulled or forced back into politics in the last quarter of 2014. I now believe that there is a master chess-player who decides, although we think we decide. As the common saying goes, “L'homme propose, Dieu dispose.” My personal aspirations are to contribute to living in a modern and functioning democracy.

SNA: Do you see yourself serving another mandate in the National Assembly?

PP: Yes, I do foresee myself serving another mandate in the National Assembly. I enjoy leading and being an agent of change.

SNA: How would you describe being the Speaker of the assembly? How big an accomplishment is it for you?

PP: Being the Speaker and head of one of the three arms of government and being number three on the national order of (presidential succession) is indeed a big achievement both for me and for my family.

SNA: What is the future of Lalyans Seselwa and is it being overshadowed by LDS ?

PP: Lalyans Seselwa remains as a political party with its own executive committee and me as leader and it forms a very active and vibrant part of LDS (Linyon Demokratik Seselwa). LDS has not necessarily been overshadowing Lalyans Seselwa. Each constituent party forms part of the whole which is LDS.

SNA: Where do you stand on the political scene of Seychelles?

PP: I stand as one of the leaders in the LDS and am on the LDS executive council

The Interview » Be a reporter: Write and send your article » Subscribe for news alert
Tags: Lalyans Seselwa, Linyon Demokratik Seselwa