Interview: I want to see a self-assured, confident nation, Leader of Opposition in National Assembly says 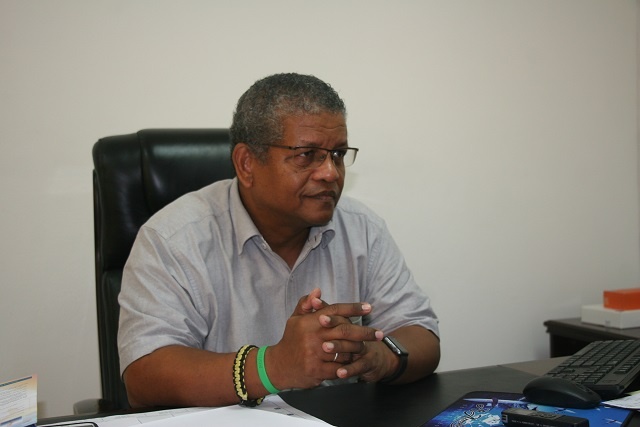 Wavel Ramkalawan, the Leader of the Opposition in the National Assembly (Seychelles News Agency)

SNA spoke to Ramkalawan about upcoming political plans and his views on the current political landscape.

SNA: You have been in the National Assembly for a number of years. What would you say are the major changes, both positive and negative?

WR: On the positive side, since the LDS is in the majority, we can make propositions which are then taken into consideration. We have passed the motion on the formation of a committee for truth and reconciliation, and on May 30 we will present recommendations before President Danny Faure so that a National Commission may be formed.

We have also established a committee who will see the islands of the Seychelles that is often the source of concern. During the course of the few months ahead, the committee will visit all the Seychelles' islands without exception.

We have also been able to fight against victimization by setting up a committee where anyone feels that they have been victimised can come and put their complaint forward.

The biggest positive thing that has happened is the debate on the budget. We plan to recommend that the budget is brought in front of the assembly in November so that we have sufficient time to ask questions and so that the people can thoroughly enjoy their Christmas.

The constitution states that the National Assembly has four months to work on the budget. We made a motion to release one quarter of the budget which amounts to 2.7 billion rupees which allows for the proper functioning of the government until the full budget is passed.

On the negative side, in the beginning it was difficult for the ruling party to accept that they were no longer in the majority.

SNA: For the first time, the National Assembly is scrutinizing the proposed budget. What do you think of that exercise?

WR: The debate on the budget has been an extraordinary educational experience, not only for us but for the general public as well. People have been able to participate, and have indeed made it their assembly.

SNA: Are you still pushing for new presidential elections?

WR: Yes, this is something that we are holding on to. Before March, the constitution will be amended, which will state that an outgoing President will not have the power to transfer power to his vice president. Instead, a caretaker president will be appointed and soon thereafter, new elections will be established.

SNA: How do you find the working style of President Danny Faure?

Our LDS MNAs, both elected and proportional, are being invited to attend district visits, which was not the case previously. But I do note that he is a politician and there are things that he will do that will be in his favour.

SNA: As the leader of the opposition, how do you plan to tackle the subject of poverty in the country?

WR: We have been able to pass resolutions to find better housing solutions; we have also battled for the STC (Seychelles Trading Company) to provide basic necessities at cheaper prices so that everyone can afford the most basic of necessities. We also encourage businesses to increase productivity, so that workers can get better salaries and thus more money in hand.

SNA: What are your political and personal aspirations?

WR: I want to see a better Seychelles. We are getting there slowly; you can feel it when walking around town. It is like a burden has been lifted off the shoulders of the people. This is what I am aiming for. I want equal opportunities for all. I want to see a nation that is self-assured and confident.

WR: We welcome the idea. We are one country after all. Unfortunately, it took so long for this to happen, especially to get 29th June as the national day, abolish the 5th June as a public holiday. It took 40 years to happen. This year, I will be able to attend national day as the 5th June, which was a day that divided the people, has been set aside. I only hope that the theme translates into concrete action.

SNA: What other areas do LDS plan to tackle?

WR: We hope to complete the budget by February 24, after that we are going to present the terms of reference for the truth and national reconciliation committee. Thereafter, there will be forms available for people who feel they have been affected to collect and fill up.

We also plan to present the terms of reference for the Island Committee. Furthermore, we plan to pass the access to information act, as well as go over that of the human rights commission and we are also looking at the Elections Act, the Constitutional Appointment Authority and the amendment of article 55 (transfer of power).

SNA: There has been whisperings of division among the leaders of the different parties in the LDS, what is your stance in this regards?