In effort to phase out plastic from Seychelles, government steps up enforcement 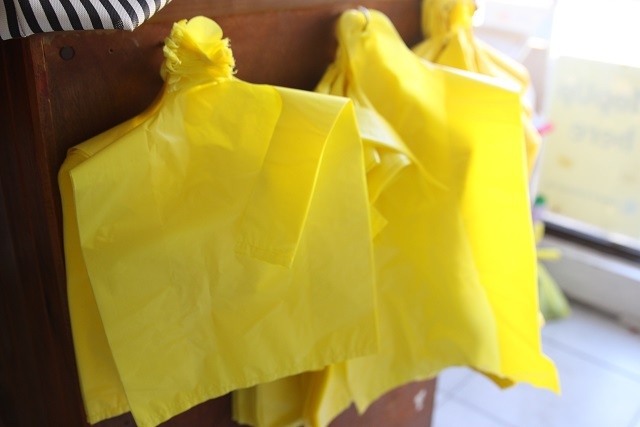 (Seychelles News Agency) - The ban on importation of plastic bags and other items in Seychelles has been in force for more than a month, and officials from the department of environment say they are making sure the island nation adheres to the new regulations.

The decision to ban the importation of Styrofoam lunch boxes and plastic bags, plates, cups and cutlery was taken by the Seychelles’ cabinet of ministers last September. Put into effect in January, those items should be phased out of stores by July in the island archipelago in the western Indian Ocean.

The director general for biodiversity conservation and management, Marie-May Muzungaile, told SNA, “We are working closely with the trade division to screen all requests for import permits. We are also actively following up on known retailers and we are in constant contact with bigger retailers to make sure that plastics are no longer entering the country.”

A Seychelles free from plastic bags was a campaign undertaken by the SIDS Youth Aims Hub (SYAH) in 2015 aimed at encouraging the archipelago’s population of around 93,000 people to opt for reusable bags, a move that would cut down on plastic trash in the islands.

Muzungaile said, “The issued ban on plastic was needed to alleviate the amount of plastic bags that is continuously piling on the Seychelles landfill.”

She added that the authority is spending hundreds of millions of rupees on solid waste management, for de-littering rivers and marshes from all types of waste including plastics.

A longer grace period requested by retailers has not been accorded yet and Muzungaile told SNA, “As was explained in the consultative meeting in October last year, such requests might only be considered closer to the cut-off date and only to retailers in extreme cases.”

The Seychelles Retailers’ Association which requested a longer grace period instead of the six months proposed by the department of environment, said it has not yet received any feedback, but it welcomes the use of biodegradable products.

“We are not here only to do business, but we are also here to preserve the beauty of our environment," said the association’s chairperson, Karumbaiyan Cholorajan.

The Seychelles Trading Company (STC) is one of the first companies to announce that it has completely done away with plastic carrier bags, replacing it with biodegradable alternatives.

Plastic waste makes up nearly 30 percent of all waste in Seychelles, according to a provisional study of the Seychelles’ landfill.