US scientists: Yes you get more dopey with age if you smoke marijuana as a teenager 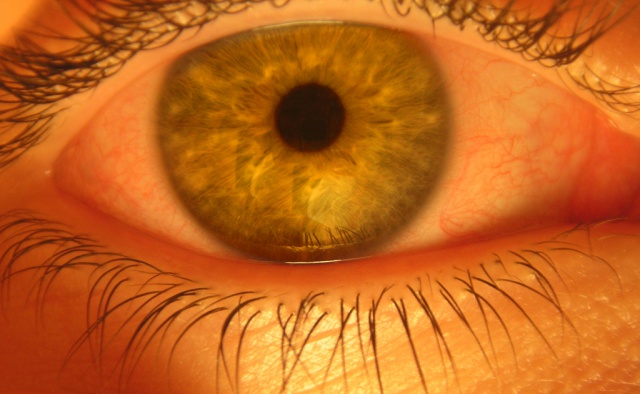 Blood shot eyes of a person who has smoked marjijuana (Wikipedia)

(Seychelles News Agency) - In the 1800s the word ‘dope’ meant fool, just as ‘dopey’ means foolish. Today dope also means drugs like cannabis. That teenagers taking this drug are turning themselves into fools is no coincidence according to scientists from the National Institute of Drug Abuse (NIDA) in the U.S.

Their research shows that teenagers who smoke the drug are at risk of damaging their chances of normal mental development, according to an article published this week in the New England Journal of Medicine.

Risks are further increased if cannabis and alcohol are mixed.

“It is important to alert the public that using marijuana in the teen years brings health, social, and academic risk,” said lead author and NIDA Director Dr. Nora D. Volkow.

“Physicians in particular can play a role in conveying to families that early marijuana use can interfere with crucial social and developmental milestones and can impair cognitive development.”

Teenagers are an age group in which the brain rapidly develops, and for this reason the effects of marijuana are more damaging.

“Research suggests that marijuana impairs critical thinking and memory functions during use and that these deficits persist for days after using. In addition, a long-term study showed that regular marijuana use in the early teen years lowers IQ into adulthood, even if users stopped smoking marijuana as adults,” says a press statement about the study on the National Health Institutes website, which is part of the U.S. Department of Health and Human Services.

According to a recent World Health Organisation (WHO) report on Seychelles healthcare, teenagers are at high risk of using cannabis and other illegal drugs in the Indian Ocean islands when they are lonely, have too much money on their hands and or if they are truant.

“We also found that the substance use was associated with pocket money, truancy, and having less than two friends. In our study, pocket money was the closest available indicator of socioeconomic status. In line with previous studies, we found that adolescents who had more pocket money than their peers tended to engage more often in the considered risk behaviours. This may relate to increased purchasing power, self-efficacy, independence, and means to interact socially,” says the report, titled Social Determinants of Non-Communicable Diseases and Other Public Health Issues in the Seychelles.

The study found that ‘parental support and good parent-child communication seem to protect children against substance use, parental monitoring (i.e., parents knowing the whereabouts of their child and checking their child's homework) seemed to be the strongest protective characteristic against these risk behaviours.’

Seychelles has a population of 90,000, and is ranked as the 1st in Africa in the United Nations Human Development Index 2013, with 46th place in the world ranking, due to its high life expectancy, education, and GNI per capita, according to the UN.

Health » Be a reporter: Write and send your article » Subscribe for news alert
Tags: cannabis, drugs, WHO, World Health Organisation

President of Seychelles: Plan in place to prevent, respond to COVID-19