One of Seychelles’ football teams eliminated from African club competition 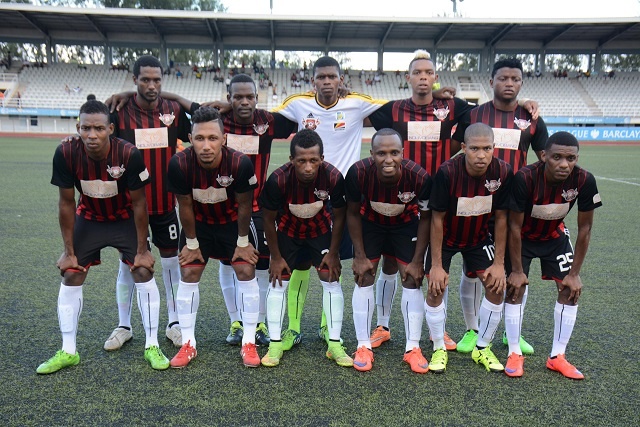 St. Michel once again are out of the CAF competition in the preliminary round this time with an aggregate score of 3-0. ((Patrick Joubert, Seychelles News Agency)

(Seychelles News Agency) - The St. Michel football team has been eliminated from the African Confederation Cup after losing 1-0 in their return match on Saturday.

The team based at Anse Aux Pins in the eastern side of Mahe, the main island, had lost 2-0 against Al Hilal of Sudan in the away match and could not reverse the score on home ground, conceding another goal in the second half.

St. Michel’s manager, Andrew Jean-Louis, told SNA, “We put up a good performance in the first 15 minutes of the match and should have used the chances to score.”

Jean-Louis told SNA that the team did not play like they wanted to win the match and instead most of the time stayed on the defensive which made it difficult to score against the Sudanese.

“We played better in the last 15 minutes of the second half but the team defended well. So for us we are out of the competition and will now focus on the President’s Cup next Saturday,” said Jean-Louis.

St. Michel once again are out of the competition in the preliminary round this time with an aggregate score of 3-0.

Last year in the Champions League, St. Michel lost 4-1 on aggregate after losing 3-0 in the first leg and drew 1-1 in the second match.

Seychelles' remaining team in the African club championship, Cote d’Or from Praslin, the second-most populated island, will be facing St. George of Ethiopia in the Champions League on Sunday at 5 pm.

Football clubs from Seychelles, an archipelago in the western Indian Ocean, qualify every year for two club competitions of the Confederation of African Football (CAF) – the Confederation Cup and the Champions League.