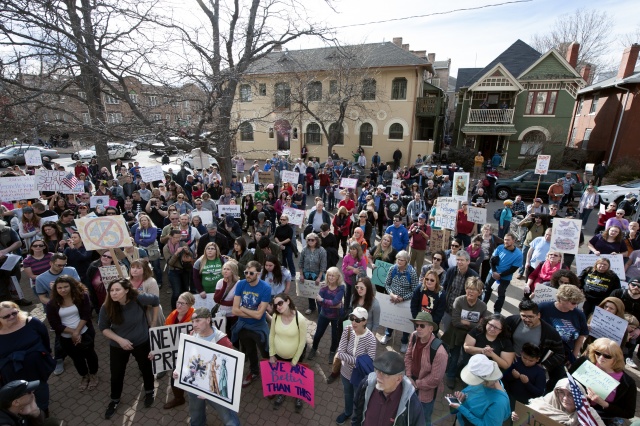 Demonstrators gather outside of the First Unitarian Church in support of Jeanette Vizguerra in Denver, Colorado on February 18, 2017. Vizguerra, an undocumented Mexican mother of three U.S. born children received sanctuary at the church and has been living in the church's basement since February 15 when she avoided a scheduled meeting with US Immigration and Customs Enforcement officials for fear of immediate detention and deportation.It is uncommon for US authorities to enter places of worship, schools and hospitals to deport undocumented immigrants. (Jason Connoly/ AFP)

General » Be a reporter: Write and send your article » Subscribe for news alert
Tags: US, politics, immigration