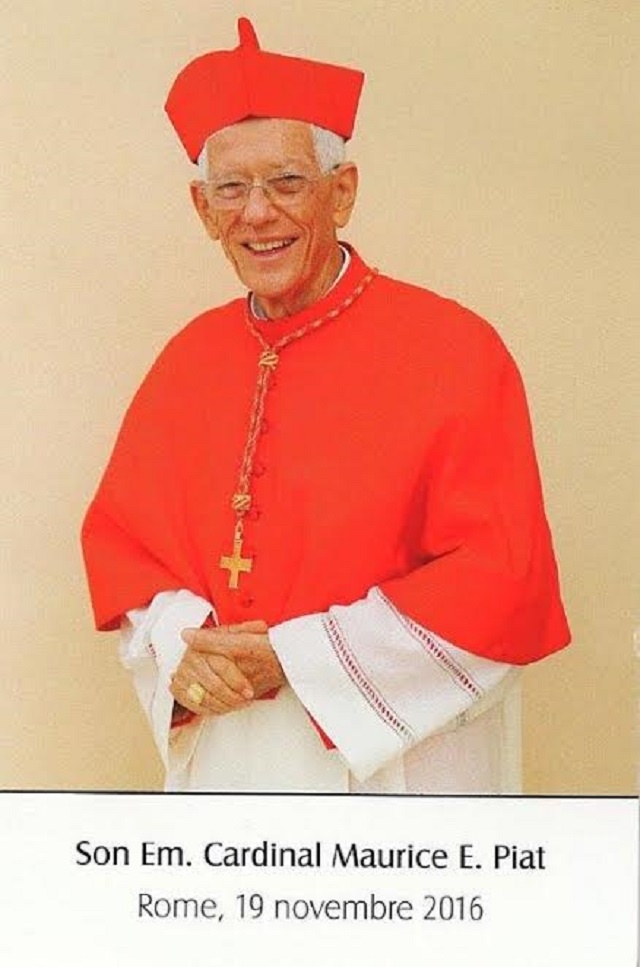 (Seychelles News Agency) - Cardinal Maurice Piat is expected in Seychelles on Friday to coincide with the anniversary of the Diocese of Port Victoria, a communiqué from the Roman Catholic Church has announced.

Piat, who was the bishop of the Diocese of Port-Louis in Mauritius, was promoted to Cardinal in November last year. He will arrive in Seychelles, a group of 115 islands in the western Indian Ocean, on February 24 and depart on February 28.

During his visit, the Cardinal is expected to call upon the island nation’s President, Danny Faure, and participate in several activities that will be organised by the Catholic Diocese which is celebrating its 125th anniversary in Seychelles this year.

Piat will conduct mass on February 26 at the Cathedral Immaculate Conception and will  meet with religious followers the next day to speak on the theme ‘Viv Lespri Mizerikord’ (live the spirit of mercy) at La Domus in the Seychelles capital, Victoria.

Cardinal Piat will also visit La Digue and Praslin, the third and second most populated island. He will hold mass at the St. Joseph Church on Praslin on Sunday February 25.

Seychelles has 93,000 inhabitants and according to the National Bureau of Statistics 76 percent of the country’s population is Roman Catholic, 6 percent Anglican, 2.4 percent Hindu, 1.6 percent Muslim, the rest are of other faiths.

General » Be a reporter: Write and send your article » Subscribe for news alert
Tags: Diocese of Port-Louis, Roman Catholic Church