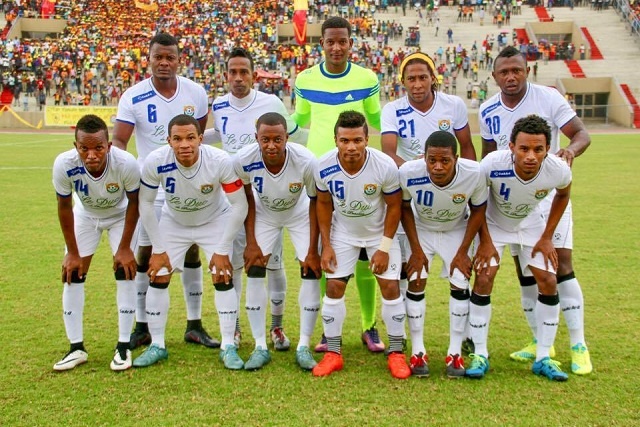 Cote d'Or are out of the Champions League after losing 5-0 on aggregate against St. George of Ethiopia. (Romano Laurence)

Seychelles' second team in the African club football competition -- Cote d’Or -- failed to progress to the next round after losing their second match 3-0 on Monday.

After losing the first leg match in Seychelles 2-0 against St. George of Ethiopia, the Praslin-based team went out of the African Champions League 5-0 on the aggregate score.

The match which started on Sunday in Hawassa, Ethiopia was abandoned after 60 minutes due to heavy rains. All three goals were scored while playing on the waterlogged pitch through Said Saladhin, Adane Girma and Aschalew  Tamen.

Following the downpour, the day’s referee deemed the ground unfit to be used as the ball could not easily move. A directive of the Confederation of African Football (CAF) was issued to have the game completed from the minute of stoppage, on Monday morning.

St. George advance to the first round where they will face Leopard from Congo Brazzaville while Cote d'Or who were making their second appearance in African club competition, are eliminated.

Both teams from Seychelles, a 115-island archipelago in the western Indian Ocean, are out of the African club competitions after St. Michel lost on aggregate 3-0 to Al Hilal of Sudan in the Confederation Cup.