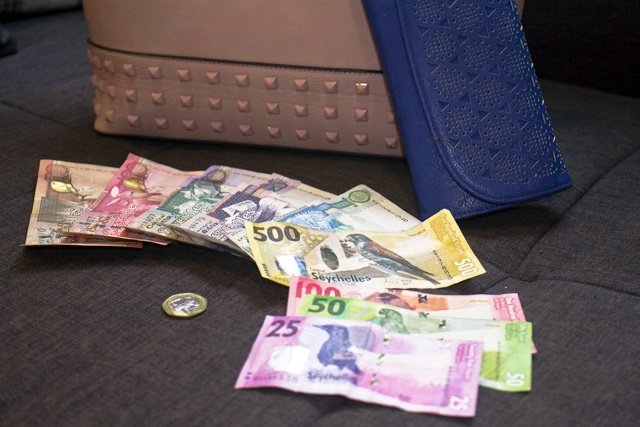 (Seychelles News Agency) - Seychelles' currency dates back to the period of French and British colonization, but it was only after 1968 that the first banknotes were printed and circulated.

SNA looks at the series of banknotes the country has printed.

Devised by two British ladies, this was released in July with adorning flora and fauna of the island nation.  These various colored notes had security features, which include a parrot head watermark, unique serial numbers and a security thread. Printed by Thomas De La Rue & Company Ltd in London, each notes contained the effigy of Queen Elisabeth the second.

Furthermore, the word ‘SEX’ which literally appeared at the palm’s leaf on the fifty rupees bank notes, when it is turned sideways, became popular among money collectors. It even caught the attention of one of Britain’s famous newspaper called ‘The Sun’.

These had the portrait of late former president James Mancham and came into circulation after Seychelles gained its independence on June 29, 1976. The notes motifs concentrate on the country’s thriving fishing industry with pictures of the sea, fisherman, port and boat.

The banknotes were printed a year after the Seychelles Monetary Authority (SMA) was entrusted with the responsibility to manage the currency of Seychelles. It returned the focus on the flora and fauna of the island nation. The SMA also introduced the R25 notes, replacing the R20 dominations in an attempt to minimize the use of R5 coins.

With the aim to minimize risks of forgeries, these banknotes emerged in 1989 – printed on a high quality security paper by an American Banknote company. From traditional industry to fishing, the notes largely reflected the cultural and other economic activities of the Seychelles. The word ‘Central Bank of Seychelles’ is printed both in English and Creole on the notes compared to those released prior. These notes were completely removed from circulation in the year 2000.

The notes were the first set of denominations to be launched based on a standard size.  The colour of the notes before that period was retained as well as the flora and fauna theme. The Central Bank then revamped the R100 and R50 dominations, changing the security features and pictures. The R100 was upgraded in 2000, 2008 and 2011 and is now being withdrawn from circulation.

The Central Bank released the first R500 in August 2005 to minimize the use of R100 Bank notes. The note was upgraded in 2011 and is being withdrawn from circulation to ensure that the country can take advantage of the improved security features of the newly introduced R500 banknote.

These new banknotes with enhanced security features came out in circulation in December. The thirty-five species of Seychellois flora and fauna, including the Aldabra giant tortoise and pitcher plant, feature on the currency which includes four different-sized paper banknotes -- 500 rupees, 100 rupees, 50 rupees, and 25 rupees.