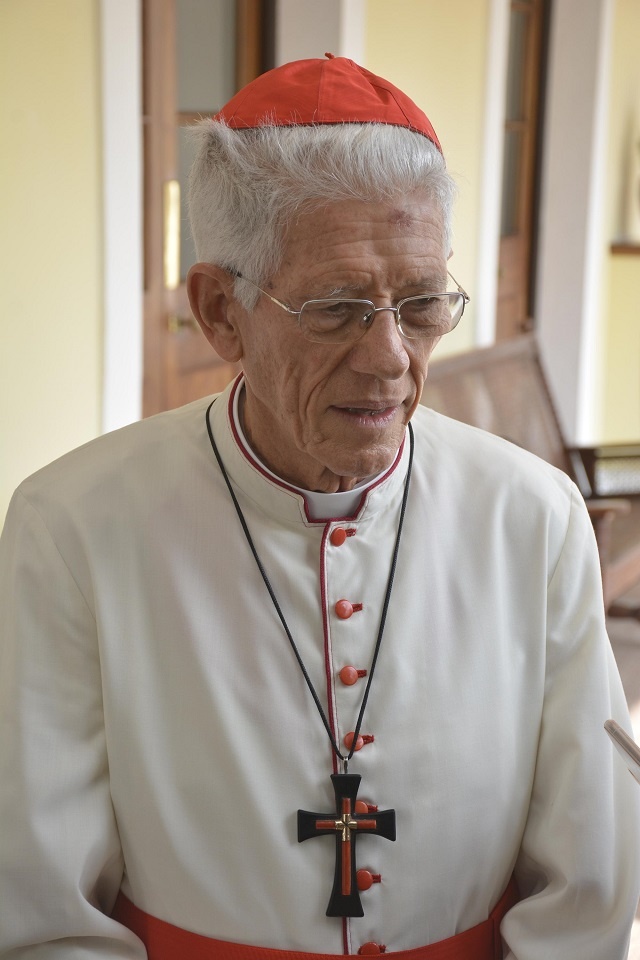 Piat met with the Seychelles’ President Danny Faure on Saturday at the State House during his visit which is coinciding with 125th anniversary of the Diocese of Port Victoria.

Faure said the visit of the Cardinal comes at an opportune time, in the history of Seychelles, when the country is focusing on unity, national healing and reconciliation.

"May your visit here inspire us and your words of wisdom reach into each and every home here in Seychelles." said Faure.

The head of state and the Cardinal discussed issues of common interest in the region such as drug prevention and rehabilitation, alcohol abuse, family values, religious values, national unity and reconciliation as well as the setting up of a Ministry for the ‘family

“The world is bent on humanitarian crises demanding collaborative effort and unified political actions. In a country with such political rivalries, I must say that I am equally impressed with the vision of President Faure,” said Piat.

Piat added that his visit to the Seychelles, a group of 115 islands in the western Indian Ocean, follows an invitation from the country’s Catholic Bishop Denis Wiehe.

During his discussion with Faure, Piat extended his cordial good wishes and assurance of his prayers to the head of state and the island nation.

“The message I spread everywhere I go relates to that of Pope Francis which stresses on peace and mercy upon others,” said Piat.

He added that “mercy also means a disinterested service and if we only look for personal benefits, we will not move forward as one nation.”

The cardinal, who has been nominated by the pope to represent the countries in the western Indian Ocean, expressed his concern for the poor, and said, “not only do we need to work for economic growth, but we need to work to help the outcast and common good of the people.”

Piat also recognised that a lot of catholic followers are shifting their belief for other religious movements and said that this is normal.

“This is happening all over the world, and when people are on a different road to continuously seek God, it shows that they are manifesting a higher need to feed their spiritual being. They are showing that a material world is no longer enough to live a happy life and to cement their faith,” he said

The cardinal was expected to fly to Praslin and La Digue, the second- and third-most populated islands, and conduct mass at the St. Joseph Church on Praslin.