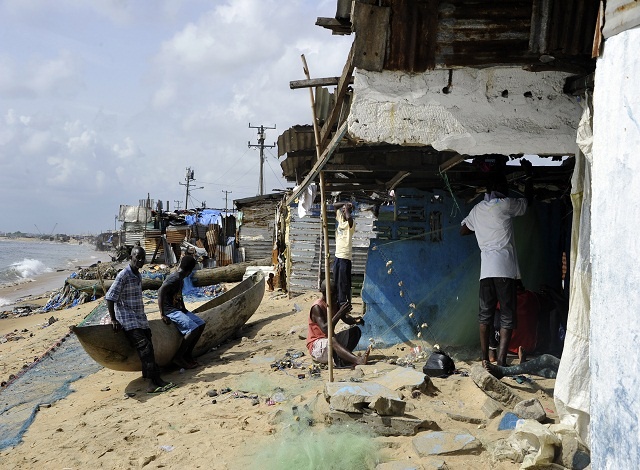 Fishermen sit on a boat as a third one weaves a fishing net on the beach of the West point's neighbourhood in Monrovia on June 15, 2016. (ZOOM DOSSO / AFP)

(Seychelles News Agency) - The Liberian coastguard has seized three foreign vessels that were fishing illegally in the country's waters, in a joint operation with the Sea Shepherd environmental group, the defence ministry said Monday.

Two of the ships were from China and Ghana, ministry spokesman David Dahn said.

He did not indicate the nationality of the third, which was held "near the Ivoirian border but in our waters", but Sea Shepherd identified it as the FV Hispasen, a Senegalese-flagged Spanish trawler.

It named the Chinese ship as the FV Shanghai 9, and the Ghana-based vessel as the FV Lu Rong Yuan Yu 988.

The joint Operation Sola Stella involving some 20 people began more than three weeks ago in order to "totally eradicate the illegal fishing in our waters", Dahn said.

Sea Shepherd confirmed the information in a statement.

It said two Israeli maritime advisors and conservationists were "providing training assistance" as part of the operation.

The NGO quoted Defence Minister Brownie Samukai as saying he would "personally make sure" that those arrested "will be punished to the full extent of the law. We will make it very, very clear that the time for illegal fishing is over."

West Africa has long been plagued by illegal fishing, which represents between a third and a half of total catches, according to estimates.

A report last year by the Overseas Development Institute estimated that the region loses $1.3 billion a year to illegal, unreported and unregistered fishing.