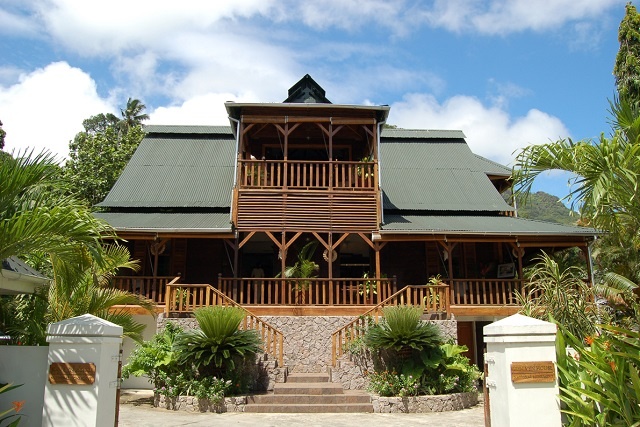 (Seychelles News Agency) - The history of the Seychelles’ islands date back to the 16th century, and include periods of colonisation by French and British settlers.

SNA looks at six historical buildings that can be seen in the country’s capital, Victoria.

1.     Cathedral of Our Lady Immaculate Conception

The cathedral is the anchor of the Port Victoria Catholic Diocese. It was constructed on the site where Father Leon of Avanchers built the first vault in March 1851 in devotion to the Virgin of the Immaculate Conception. The Seychellois' Bishop Felix Paul, who died In 2001, is buried inside the cathedral in a tomb built in the flooring.

The cathedral is open to visitors during working hours.

A prominent landmark, the building is located close to the Victoria Clock Tower, and is the cathedral of the Anglican Diocese. The first cathedral was consecrated in 1859 by the first Bishop of Mauritius Vincent William Ryan. The original building withstood the landslide in 1862 which caused a lot of damage in the capital. The new one was built in 2001.

Seen as a majestic building, State House – built in 1910 - was called "Government House" during the years when Seychelles was a British colony and was under the authority of a Governor and his Legislative Council. State House was also the residential home of the governor. Sixteen governors and one President lived in the building and in 1977 it became the offices of the Seychelles’ head of state.

Built in 1850, the house was home to Dr. Henry Brooks who was the chief medical officer of the colony. Around 1880, the Eastern Telegraphic Company bought the house and used it as a residence for its engineers while they worked hard laying the cable link between Seychelles and Zanzibar.

The house was later named Kenwyn, after a village in Cornwall, where it is said the underwater telegraph cables came from. From the 1900s the Cable Wireless was established and Kenwyn house became the official residence for the company’s many general managers. Kenwyn House – now a national Monument holds the Jouel tanzanite jewellery shop.

One of the busiest places in the capital - Victoria -- the market is the place to get a feel for the Seychellois and their way of life. Built in 1840 and renovated in 1999, the market still bears the sign on the entrance gate of Selwyn Selwyn-Clarke -- the British governor of Seychelles from 1947–1951. The market remains the bustling heart of the capital and one of the best places to buy fresh fruits, fish, vegetables and spices. An attractive array of boutiques and shops selling a variety of souvenirs, clothing and local works of art further complement the lively atmosphere that is especially vibrant on Saturday mornings.