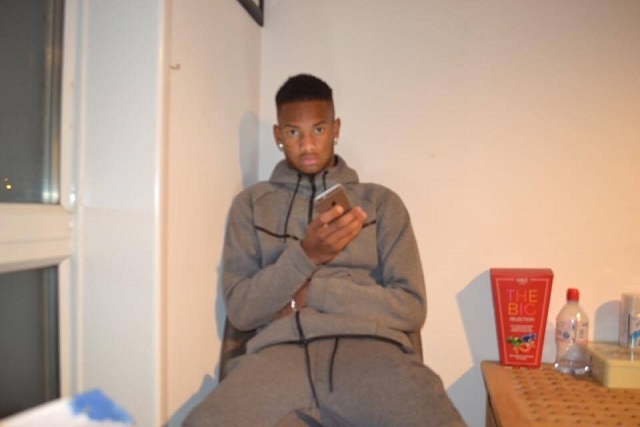 Carlos Simeon, 18, is playing with Maritimo in the first division football league of Portugal. (Carlos Simeon )

(Seychelles News Agency) - A young Seychellois footballer has joined a top division team in Portugal since the beginning of February.

Carlos Simeon, 18, is playing with Maritimo in the first division football league of Portugal -- the Primeira Liga.

Speaking to SNA via email, Simeon said, “I am excited, keen to learn and improve as a player. I am confident in my own ability and feel I am suited to play at this level.”

A former residence of La Louise in the eastern district of Plaisance, Simeon moved to the UK at the age of 7 and developed his footballing skills in north London. He has played with a few lower division clubs in England and this is his first time in a non-English major league.

The challenge Simeon is facing surprisingly is not on the field but the language.

“It is challenging as I do not speak Portuguese and it is my first time away from home. But I am excited about improving as a player and learning a new footballing culture. This will only help me become a more rounded player,” he said.

Simeon is residing in Madeira, Portugal where the club Maritimo was founded in 1910. Maritimo is currently 6th on the league table with 37 points.

The 18-year old has played in different positions but has expressed his preference for playing centre midfield where his role is divided between attack and defence.

Simeon has dual nationality and therefore has the option of playing for either England or Seychelles, an archipelago in the western Indian Ocean. While he is looking forward to the challenge in Portugal, Simeon also hopes to play for Seychelles.

“I am looking forward to representing the Seychelles one day. I still have a lot to learn and I am just starting my footballing career,” said Simeon.