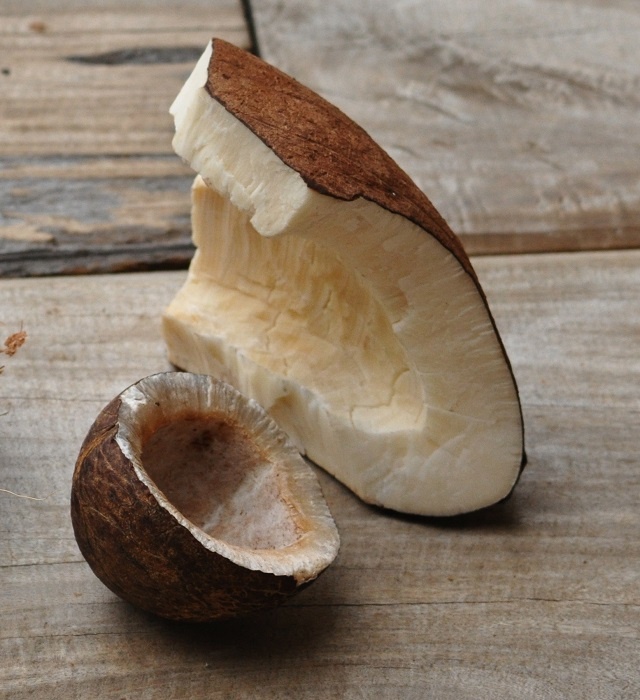 (Seychelles News Agency) - What is in demand for processed products made from the coco de mer kernel? This is what businesses need to find out now that there is a ban on exports of the kernel.

Patrick Bonne, owner of Island Scent, has been exporting coco de mer kernels for the past 15 years. Bonne told SNA that the challenge now is to identify which products made from the kernel sells the most.

The ban on the exportation of coco de mer kernel was announced by the Seychelles’ President Danny Faure in his State of the Nation Address last month. The ban came into force March 1.

The Ministry of Environment, Energy and Climate Change has announced that only processed products will now be exported and the ministry will be working closely with the exporters, who must keep all kernels in stock.

Bonne said that the kernel can be transformed into products such as oil, cosmetics as well as food, however before investing in a processing facility he needs to know what is the most sought after product.

Island Scent is one of the two businesses in Seychelles, a group of 115 islands in the western Indian Ocean, which have been exporting kernels. It exported around 1.2 tonnes of kernels to Asia every year. All coco de mer nuts were from Praslin, the second-most populated island, where the coco de mer grows in its natural state.

Bonne has also expressed his concern with the level of poaching of the endemic species.

“While the government has imposed the ban, illegal activities will still continue and may increase. Kernels will still leave Seychelles and trade in countries as close as Madagascar,” said Bonne.

Poaching is one of the hindrances to the growth and re-population of the coco de mer, the world’s biggest nut.

A two-year survey carried out on Curieuse Island and published last year confirmed that poaching is harming the population of the coco de mer, which is already listed as threatened by the International Union for Conservation of Nature (IUCN).

Amendments were made to the coco de mer management decree in 2015 with new provisions on offences and penalties.

Once the processing industries are  established, tax money collected will be used to revive the Praslin Development Fund while more coco de mer trees will  be planted to ensure its sustainability.

Business » Be a reporter: Write and send your article » Subscribe for news alert
Tags: State of the Nation Address, International Union for Conservation of Nature, Praslin Development Fund