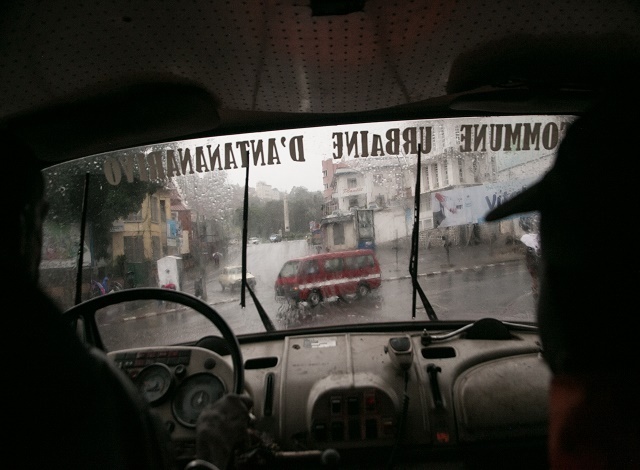 Malagasy firefighters drive around for emergency calls during tropical cyclone Enawo in Antananarivo, Madagascar, on March 8, 2017. At least four people have been killed by tropical cyclone Enawo in Madagascar, the prime minister said on March 8, 2017, as the storm tracked towards the capital Antananarivo threatening severe flooding. (RIJASOLO / AFP)

The toll issued by the BNGRC agency was significantly higher than the earlier estimate of just four deaths and 10,000 people displaced issued on Thursday.

More than 32,000 people have been affected in the capital city Antananarivo alone, the agency said in an emailed statement.

It has weakened since making landfall and has now been reclassified as a tropical depression which is moving southwards, away from the island which lies 250 miles (400 kilometres) off the coast of Africa.

Up to 700,000 people could be affected by the cyclone which was the most powerful to strike the island since 2012, according to the Red Cross.

The group has deployed 500 volunteers to help the 116,191 people who are known to have been affected by the storm.

The Indian Ocean island has suffered severe drought and food shortages since 2015, with the southern region the worst affected.