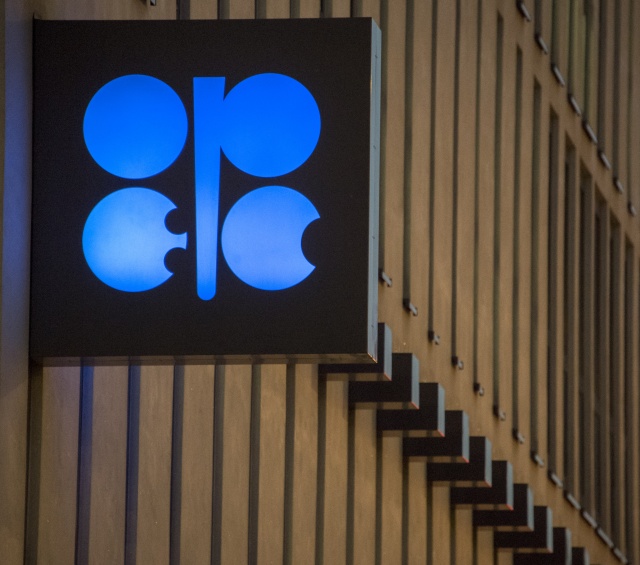 The logo of OPEC is pictured at the OPEC headquarters on the eve of the 171th meeting of the Organization of the Petroleum Exporting Countries in Vienna, on November 29, 2016. (JOE KLAMAR / AFP)

(AFP) - OPEC countries are complying with a landmark deal to reduce a worldwide glut in oil, but global supplies nevertheless increased in February, the International Energy Agency said on Wednesday.

"The implementation of the OPEC production agreement appears in February to have maintained the solid start seen in January. For the first two months of the deal the compliance rate averaged 98 percent," the IEA said in its latest monthly report, adding that "global oil supplies rose in February as (both) OPEC and non-OPEC producers pumped more."

At the end of November, the Organization of Petroleum Exporting Countries agreed to cut output by 1.2 million barrels per day (bpd) from January 1, initially for a period of six months.

Then in December, non-OPEC producers led by Russia agreed to cut their own output to 558,000 bpd.

The aim was to reduce a glut in global oil supply that has depressed prices, which currently stand at around $48-$51 per barrel.

But global oil supplies increased by 260,000 bpd to 96.52 million bpd in February, the IEA calculated.

This meant that OPEC's compliance rate with the agreed output cut stood at 91 percent, down from 105 percent in January.

And after a compliance rate of 40 percent in January for the 11 non-OPEC countries, there was still little information available on production levels in February, the IEA said.

"It is unclear at this stage whether OPEC will extend its six-month supply pact to the end of the year," the IEA said.

Pandemic numbers: Covid surged around the world this week