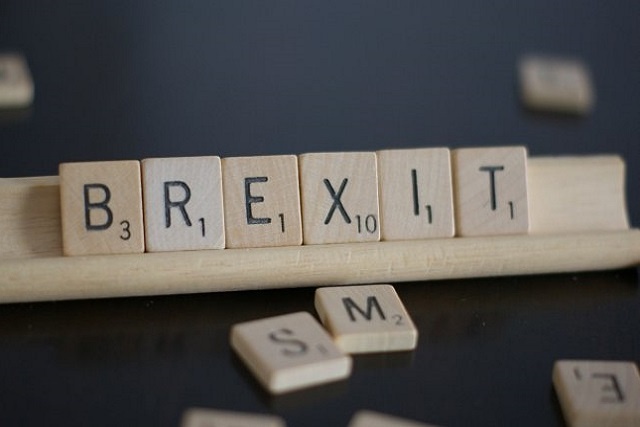 The Governor of the Central Bank of Seychelles Caroline Abel said the meeting's main issue was BREXIT and its impact on tourism, exchange rates and the country’s trade with the UK, on tourism. (stubblepatrol.com)

(Seychelles News Agency) - The impact of BREXIT on Seychelles' economy and the need for better training to fight against white-collar and cyber-crimes were the headline topics discussed at the first meeting of the Financial Stability Committee (FSC) for the year.

Discussions also covered risk assessment analysis and developments over the course of the third quarter of 2016, in addition to monthly data for the rest of the year that has had and could have implications upon financial stability.

Speaking to SNA, the Governor of the Central Bank of Seychelles Caroline Abel said the meeting's main issue was BREXIT (Britain’s exit from the European Union) and its impact on tourism, exchange rates and the country’s trade with the UK, on tourism.

At present, 33 percent of the country’s tuna exports are aimed at the UK market, and this is only one example of why it is of the utmost importance that trade negotiations between the UK and the island state are undertaken at the earliest, she said.

The other major component discussed was cybercrime and white collar crime. The former is a crime committed by using computers or the internet and the latter is a non-violent often monetary crime committed by a person for personal gain.

“In Seychelles, we are encouraging the financial system to be more technology oriented, but we have to be mindful that this will bring forth more cybercrime and we thus need to have mechanisms in place to deal with this,” said Abel.

The governor added that: “There is a need for adequate training of all law enforcement involved with white collar crimes. We need to re-look at our laws and strengthen them to keep pace with these types of crimes which tend to evolve over time, so you need a framework that can respond to all eventualities which comes your way.

In a previous meeting, there were extensive deliberations on the issue of global de-risking, and the governor had given assurances that efforts were ongoing.

As a result, a high-level committee has been established to assess the developments with regards to global de-risking and correspondent banking relationships, which are issues affecting local banks in the country as well as small banks around the world.

De-risking is the process whereby global banks are terminating their business relationships with banks in certain countries.

The head of financial services supervision division Naadir Hassan explained that due to an increase in terrorism there had been a drive to limit terrorist financing. This has resulted in more stringent international regulations coming into place, and thus the compliance requirements when effecting transfers or maintaining bank account relationship has increased.

“The cost of compliance has therefore increased, and there have also been sanctions due to lack of control on Anti-Money Laundering framework. Banks have had to strengthen their framework for complying with international regulation,” said Hassan.

Hassan also said that Seychelles is affected as it is an off-shore financial centre and by virtue, international offshore financial centres are deemed to be riskier because there have been quite a bit of scandals involving companies registered in off-shore centres and thus there is the need for enhanced compliance from the banks which means higher cost for the banks.

“Thus corresponding banks can decide to close off the relationship as the cost is too high,” he said.

According to Hassan, if the trend continues, this is the dilemma Seychelles, an archipelago in the western Indian Ocean is most likely to face.

The high-level committee has made the requirement that all banks need to have two correspondent banks rather than one so that there is a backup. Banks’ anti-money laundering framework has to be on par with the international framework and the Central Bank, and the Financial Intelligence Unit have made on-site evaluations to ensure compliance.

“We have also started to engage with international regulators and correspondent banks to give them assurance that the country is doing its utmost to comply, and we are encouraging local banks to have better relationships with this corresponding banks,” Hassan said.

According to Governor Abel, the overall financial system in the country looks stable, but the FSC will continue to monitor market developments and where possible take necessary action to mitigate risk exposures.