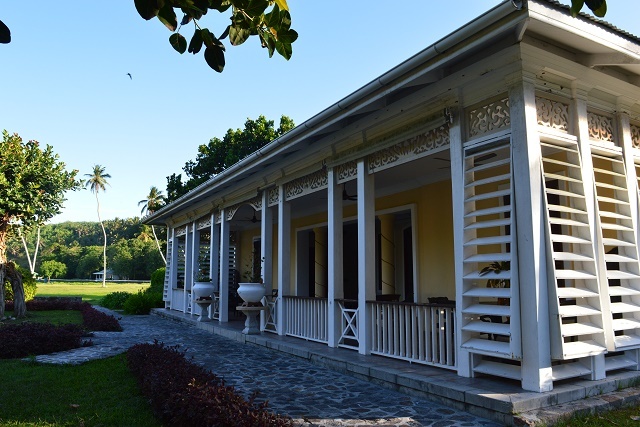 (Seychelles News Agency) - Traditional architecture in Seychelles is disappearing, though some measures have been taken to preserve history by turning that architecture into national monuments.

Historian Tony Mathiot said the first traditional Creole structures were designed and built by some of the 70 French Jacobins deported to the archipelago’s main island of Mahé in 1778 for supposedly plotting against Napoleon Bonaparte of France. Most of the houses were no more than 12 metres by 4 metres and were built of tropical timber.

Houses of the French settlers (known as Grann Kaz) built on the acquired large plantations of coconuts were very much larger and mostly characterized by large double doors and windows combined with high pitched roofs to allow natural ventilation and lighting, and had large verandas or balconies usually with wooden balustrades.

SNA looks at four of the plantation houses known as Grann Kaz.

A traditional house still in perfect condition. It recalls the simplicity and charm of Creole life as it was at the beginning of the 20th Century. The ‘Grann Kaz’ consists of a large sitting room, a dining room, three bedrooms and a surrounding veranda.

Today it offers visitors and residents a glimpse of Creole life of yesteryears.

This old plantation house was first built by the Dauban family in 1860 after they purchased the entire island of Silhouette in 1867. The house is now a blend of modern Seychellois spirit and the island's English and French heritage and house a Creole restaurant managed by the island’s only hotel, Hilton Seychelles Labriz Resort and Spa.

The Grann Kaz on the island of La Digue is a stately 19th-century house built in a style of French colonial architecture. It is a large traditional plantation house that has been declared a national monument. It is located at l’Union Estate, in the southwest part of La Digue. The plantation house was one of the set of the movie Goodbye Emmanuel, a French romantic sequel of the 1970s and has welcomed many dignitaries to La Digue Island.

It has today been turned into a museum to help preserve the cultural and historical heritage of La Digue.

As you enter the veranda of the former plantation owner's residence, the charm of the colonial architecture immediately transports you back in time. The Plantation House provides an exquisite dining ambiance, with a chef specialized in fine creole dishes.

Also located in the Plantation House is a museum with a fascinating treasure chest of artifacts, which truly brings the history of the Seychelles to life.