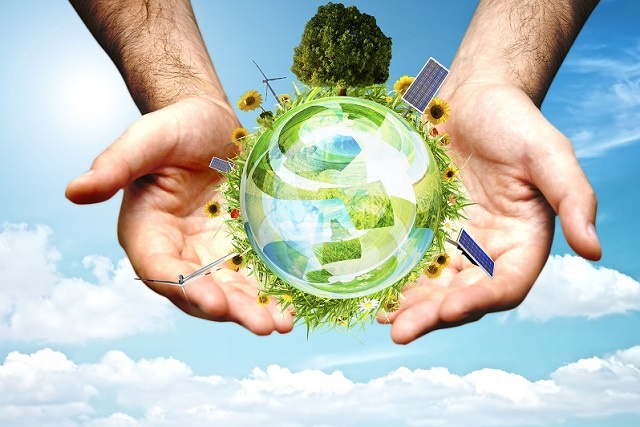 The country has reached roughly 2.5 percent of renewable energy. An increase in renewable energy calls for the introduction of battery in PUC's system. (Olearys/flickr) Photo License: CC BY 2.0

(Seychelles News Agency) - As the amount of renewable energy being produced in this island nation increases, the Seychelles’ Public Utility Corporation (PUC) is seeking professional expertise to conduct a study to evaluate the optimal battery storage size to maintain the stability of the national electricity grid.

PUC’s chief executive, Philippe Morin, said that “as the contribution of renewable energy increase in the network, there is always the risk of the power system becoming unstable.”

Morin gave a scenario to explain the need for a battery in the system.

“Let’s say we are getting a total of 10 megawatts of solar photo voltaic energy running perfectly with the PUC system, and then all of a sudden there is cloud coverage, and the production level drops to 2 megawatts. In this instance you have lost 8 megawatt which needs to be replaced in the system,” explained Morin.

The chief executive said that should the drop in production not be replaced the network will become unstable and that can lead to a blackout.

“To avoid this, you resort to storage. In the short term the most optimal in terms of the technical and economical solution is to use batteries,” said Morin.

The expensive and technologically advanced battery will sit in PUC’s system fully charged and will kick in once a loss in energy production is registered. This will help maintain stability in the grid and give PUC staffs time to start a new machine to prevent a blackout.

Experts will conduct a power system analysis involving computer simulation, after which they will be able to advice PUC which battery capacity will better suit the need of the utility cooperation.

PUC will make the investment as it is government policy to push and accelerate more contribution from renewable energy.

Morin explained that too much capacity will result in a waste of money whereas too little won’t stabilise the grid.

“The overall objective is to allow us to continue to connect more renewable energy to our power system while ensuring stability and integrity of the power system,” said Morin.

According to Seychelles’ Energy Policy for 2010-2030, the 115-island archipelago in the western Indian Ocean has to reach 5 percent of renewable energy contribution in the power system. By 2030 the number should contribute to 15 percent.

Morin said that currently, the country has reached roughly 2.5 percent of renewable energy. The energy is being produced by a combined six-megawatt wind turbine farm located on Ile du Port and Ile de Romainville, two reclaimed islands close to Mahe.

A five-megawatt solar panel plant will be installed by the end of 2017 on the available space on Ile De Romainville.

Seychelles depends heavily on imported diesel to run generators which produce the electricity required by the island nation 93,000 inhabitants and local industries.