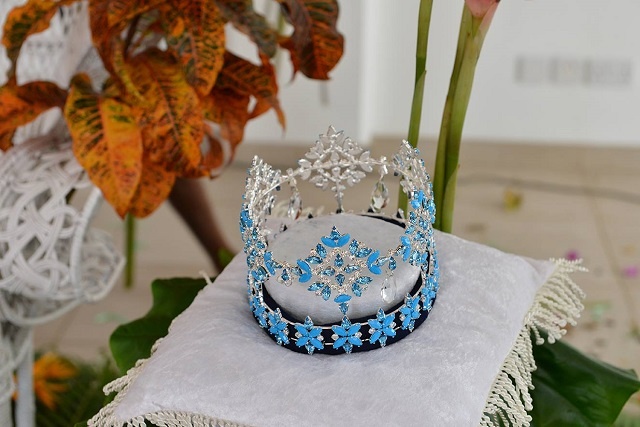 (Seychelles News Agency) - The Miss Seychelles beauty pageant has been a tradition since the beginning of 1968. It is a platform which embodies the unique personality and beauty of the young ladies in Seychelles, a group of 115 islands in the western Indian Ocean.

After a four-year absence, the pageant was relaunched by the Seychelles Tourism Board (STB) in 2012 with the aim of highlighting the high standards of feminine beauty and elegance found in the Seychelles’ islands.

As Seychelles awaits the announcement of the date for the next edition of the pageant, SNA presents five Miss Seychelles winners since the 2012 relaunch the ‘Miss Seychelles Another World’ title.

After months of preparation to strut her stuff on the catwalk against a pool of 10 contestants, Sherlyn Furneau became the first Creole beauty queen to walk away with the title -- Miss Seychelles…Another World -- in 2012.  She was presented with her crown by the former First Lady Nathalie Michel. With her charismatic personality, Furneau went on to make a remarkable appearance at the Miss World 2012. She also captured headlines in the international press including that of neighbouring country Mauritius.

Gerry nabbed the prestigious title in 2013 at a memorable event held at Eden Island, on the eastern side of Mahe. Gerry graced the stage in a deep pink dress that made her the jurist favorite for that evening. During her preparation for Miss World 2013, Gerry was assigned to an Italian Modeling Agency.

The young aspiring model Estico edged out runners-up Lisa Morel and Marvel Godley to snatch the coveted crown at the 2014 edition of Miss Seychelles…Another World beauty pageant. During her time as Miss Seychelles, Estico promoted a healthy living habit among the population. Her passion for performing art awarded her the prize for Miss Talent at the event. She also secured a place in the quarter finals of the talent competition at Miss World 2014.

At the age of 21 and while wearing a glittering red evening gown, Freminot won the 2015 edition of the pageant which gave her the opportunity to represent the country at Miss World 2015. She will be remembered for her numerous contribution in various projects such as building a playground at the prison for the children when they visit incarcerated family members.

Battling for the 14-karat white gold crown in 2016, Barbier is the current ambassador of the archipelago. She came out victorious from among 11 contestants. She was presented with her crown by the outgoing Miss Seychelles Linne Freminot. Her smile and versatile abilities paved the way for her to win the sachet for Miss Talent, Miss Sport and Miss Personality. The young beauty queen has pledged to help the young adults who have been living in the children's home and now have to face the world.