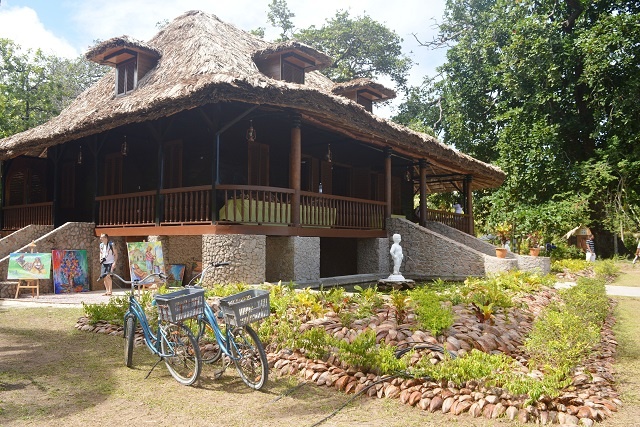 Shares of L’Union Estate of around 300 hectares will be sold to La Digue Islanders starting next month. The estate is home to Anse Source d’Argent, which is often voted as one of the most beautiful beaches of the archipelago,

Seychelles’ President Danny Faure in his first State of the Nation address in February announced the decision to sell shares of L’Union Estate.

Speaking to the media recently, the Minister for Finance, Peter Larose revealed that the government will keep 51 per cent of the company and the remaining 49 per cent will be sold to the people of La Digue only.

The company has for the past 30 years been the breadwinner for the tiny island through agricultural activities and more recently attracting over 600 visitors per day.

“There is no doubt that L’Union Estate has been a profitable company but by keeping part of the shares means the government will continue to ensure it remains so,” said Larose.

News of the upcoming sales of L’Union Estate has been well received by residents of the island, especially those working for the estate.

“I hope that the system that is applied for the sale allows everyone to equally invest in the company,” says Antonin Moses, a supervisor at L’Union Estate.

Moses added that “Most of our grandparents worked for L’Union Estate and till now all our agricultural and livestock produce are still being provided by the Estate.”

The chief executive of L’Union Estate, Keddy Nibourette, told SNA that there will be meetings with the workers as well as inhabitants of the island early next month before the initiation of the sale of shares.

In the meantime plans for the construction of new artisanal kiosks have also been scheduled for April.

He recalled that last year refurbishing work was also carried out on a number of buildings inside the estate, notably the traditional plantation house or ‘Grann Kaz’ in Creole.

“The boat docking area was additionally given some attention, and a new jetty is now fully functioning for the first time in years,” Nibourette told SNA.

Apart from the ‘Grann Kaz’, L’Union Estate also has several old buildings including a copra production house (copra is the dried meat, or kernel, of the coconut used to extract coconut oil) as well as a running coconut oil mill which is supplied by the hundreds of coconut trees that grows on the estate.

The first inhabitants of the island settled, died and are buried in an old cemetery on the estate.