Lack of hotel rooms on Mahe a setback, says head of Seychelles Tourism Board 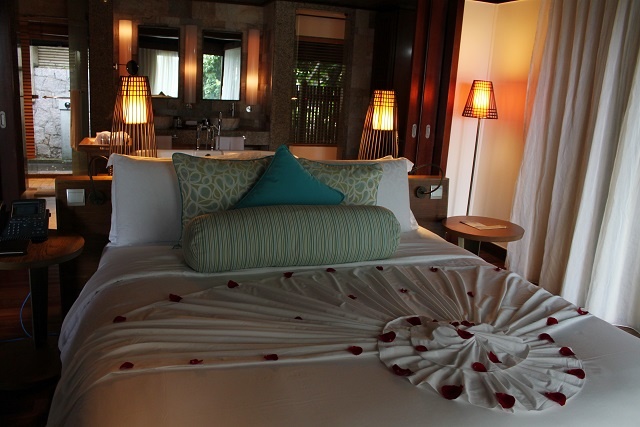 Sherin Francis said that we are more constrained on Mahe, which is in higher demand compared to Praslin. Most large hotels are fully booked and some has even stopped sales (flowcomm/flickr) Photo License: CC-BY 2.0

(Seychelles News Agency) - Seychelles' main island, Mahe, does not have enough hotel rooms to cater to the rising demand by tourists, the chief executive of the Seychelles Tourism Board (STB) said Monday.

Sherin Francis said the hotel room shortage is especially constraining tourist demand from France, which is now picking up after a slow start early in the year.

“We have realised that in 2016 we had a very good year and normally after a good year it is hard to beat the record,” said Francis. “But now that the bookings are doing well during March and April, we do not have the necessary number of rooms, which is not helping us at all."

“We are more constrained on Mahe, which is in higher demand compared to Praslin. Most large hotels are fully booked and some has even stopped sales,” said Francis.

Aside from France’s slow start, Francis explained that the rest of the six major markets -- namely Germany, Russia, the United Arab Emirates, Italy and China -- have all been off to a good start.

The German market is up to 32 percent, which the chief executive explained was due to the direct flights of Condor, a German leisure airline based in Frankfurt.

With Air Seychelles now flying to Düsseldorf, it is expected that the market will be reinforced not only in Germany, but to other German speaking territories as well.

Francis also explained that the United Arab Emirates (UAE) and the Russian markets were both performing very well with positive bookings.

Meanwhile, the Chinese market has been problematic with fewer tourists than last year, which Francis said has been due to the failure of STB to secure a charter flight during the Chinese New Year.

“To be able to make it work during this peak season, you need to have a direct connection because if you use flights that go through hubs, you are in competition with the rest of the world for seats,” she said.

Francis revealed that in May, the STB intends to re-launch itself in the Chinese market and is now targeting high end tourists from the four cities of Beijing, Guangzhou, Chengdu and shanghai.

“We are focusing on clientele that takes three or four holidays per year, who prefers destinations where there is no mass Chinese tourism and have a high spending power,” she explained.

The chief executive said these kinds of tourists usually look for large hotels, such as Kempinski Resort, Hilton Resort among others.

According to the figures from the National Bureau of Statistics on visitor arrivals to Seychelles this year, Germany is the leading market with 9,513 visitors, with France closely behind at 9,443.