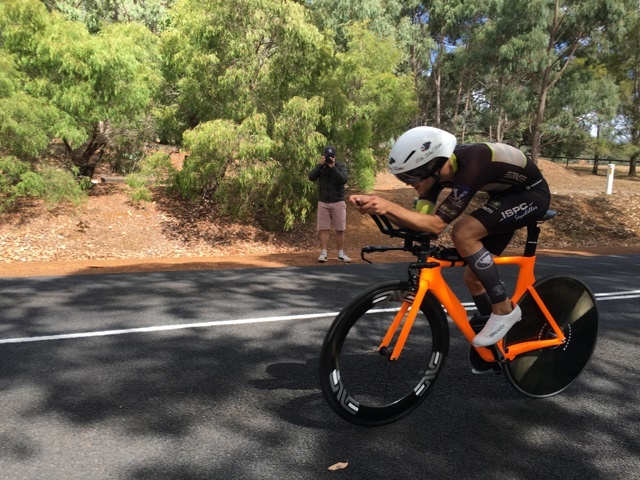 Nick Baldwin, Seychelles Triathlete, is aiming for a spot in the 2017 Ironman World Championship in Hawaii. (Nick Baldwin)

(Seychelles News Agency) - Seychellois triathlete Nick Baldwin has made qualifying for the 2017 Ironman World Championship in Hawaii as one of his major goals this year.

“I've tried and failed to qualify in the past, which makes me even more motivated to succeed this year,” Baldwin told SNA this week following his first race win of 2017.

Baldwin , 29, won the Karri Valley triathlon in Western Australia ahead of just over 200 athletes earlier this month, giving a boost to what he described as a quiet start to his 2017 racing season.

“The distance is quite unique in triathlon and the course is both challenging and scenic," he told SNA. "It's always great to win an event, but what I was most pleased with was my performance. I improved my swim, bike and run times compared to last year."

The Seychellois triathlete, who is currently ranked 38th, is aiming for a good performance at his first full distance Ironman event of the year, Ironman Australia, in May, to aid his qualification for the Hawaii race.

“The race will attract many of Australia's best professionals, as well as other international professionals. I've competed there twice before in 2014 and 2015, finishing 3rd and 5th, so I'll be hoping to draw upon those positive experiences,” he told SNA.

“A top-5 finish at Ironman Australia will put me in a strong position to qualify, but I'll still need to race well at another event, which will likely be Ironman Cairns on 11th June,” he added.

Baldwin started out as a triathlete in 2007, racing as an amateur for six years before turning professional in 2013.

He has spent a lot of his time in Western Australia in recent years, which he says has an ideal climate for training and also has the presence of other professional triathletes which serves as motivation.