Seychelles to get specialised school for autistic children 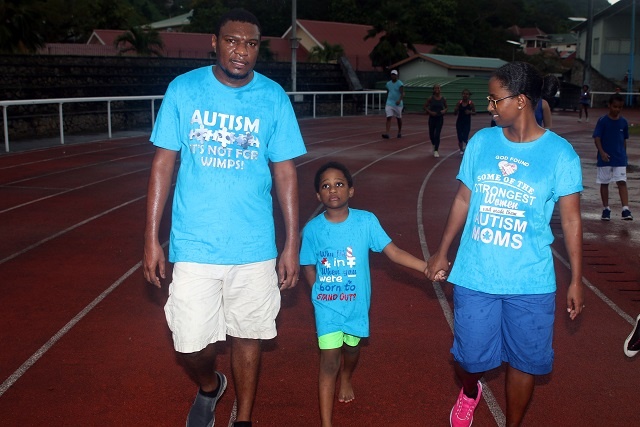 The new school will be based at the former Youth Residential Treatment Centre, (YRTC) at North East Point (Joe Laurence, Seychelles News Agency)

(Seychelles News Agency) - The chair of the association of parents with autistic children in Seychelles says a new specialised school is expected to open to cater for the needs of children diagnosed with Autism Spectrum Disorder.

Lynn Lavigne told SNA that the school will be based at the former Youth Residential Treatment Centre, (YRTC) at North East Point, in the north of the main island Mahe. The building will get a facelift and after that will operate as a specialised learning institution.

Autism Spectrum Disorders is a life-long developmental disorder that affects how a person communicates with and relates to other people due to the abnormal development and functions of the brain. It has no single known cause and is more likely to affect boys than girls from all racial, ethnic and social groups.

Lavigne said it was the Seychelles’ Vice-President Vincent Meriton who made the opening of the school possible. Meriton was formerly the Minister for Social Affairs.

“The much-needed facility will provide children with autism with the specialised care and attention they need to learn, grow and live happy normal lives despite their condition,” Lavigne told SNA.

The centre will first accommodate children who are already attending the School for the Exceptional Child at Plaisance, an eastern Mahe district.

Lavigne said that autistic children attending mainstream schools will later be accepted at the facility. Currently most autistic children in Seychelles attend normal school while others study at the School for the Exceptional Child. She added that the school is long overdue, as autism is a complex disability and not easily diagnosed.

The association is working closely with the Ministry for Education on the guidelines for the setting up of the specialised institution. Sourcing for funds is underway for the refurbishment, staffing, specialised equipment as well as administration of the centre.

One such event was a musical concert last Saturday with two international artists from Belgium -- violinist Andreej Grudzing and pianist Yasuko Eguchi.

With the aim of gaining better recognition both locally and internationally the association for autism called Pearl Seychelles is changing its name to Autism Seychelles.

Lavigne said that this will allow the association to forge new partnerships for better understanding of the Autism Spectrum Disorder which covers obsessive compulsive disorders.

She added that this will help them to also benefit from trainings. “We need trainings. We need to build the capacity of teachers, and information that will benefit us parents.”

The new name will also present opportunities for networking with other autism organisation, at the regional and international level. Autism Seychelles has started working with those from Indian Ocean islands, notably Reunion, a French Department in the region.

In Seychelles, an archipelago in the western Indian Ocean, around 64 children have been diagnosed with the Autism Spectrum Disorder.

One percent of the world population has the disorder and the UN General Assembly adopted April 2 as World Autism Day so that countries can take measures to raise awareness.

Seychellois teachers march in protest of attack on colleague