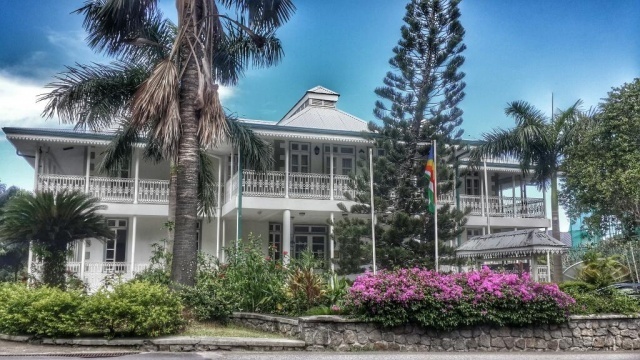 (Seychelles News Agency) - The Seychelles’ Department of Foreign Affairs said on Tuesday that it does not know if the individuals mentioned in a Washington Post article met in Seychelles.

According to the Post, a secret meeting was organised between Blackwater founder Erik Prince and a Russian close to President Vladi­mir Putin as part of an apparent effort to establish a back-channel line of communication between Moscow and President-elect Donald Trump.

The Department of Foreign Affairs told SNA: "If they did however decide to vacation in Seychelles they did so as private individuals which is well within their right. In terms of what was discussed we are not privy to that information nor in fact if they had met."

The Washington Post revealed that the meeting took place in Seychelles, an archipelago in the western Indian Ocean, around January 11 – nine days before Trump’s inauguration.

“Though the full agenda remains unclear, the UAE (United Arab Emirates) agreed to broker the meeting in part to explore whether Russia could be persuaded to curtail its relationship with Iran, including in Syria, a Trump administration objective that would be likely to require major concessions to Moscow on U.S. sanctions,” the Post story said.

According to the article, government officials in the Seychelles said they were not aware of any meetings between Trump and Putin associates in the country around January 11. But they said luxury resorts on the island are ideal for clandestine gatherings like the one described by the U.S.

Barry Faure, the Seychelles’ secretary of state for foreign affairs, was quoted in the story as saying: "I wouldn’t be surprised at all."

“The Seychelles is the kind of place where you can have a good time away from the eyes of the media. That’s even printed in our tourism marketing. But I guess this time you smelled something," Faure was quoted as saying.

The Washington Post reported that a Prince spokesman said the Blackwater founder had no role on the transition team. Blackwater was a private security company that had many dealings in Iraq.

“This is a complete fabrication. The meeting had nothing to do with President Trump. Why is the so-called under-resourced intelligence community messing around with surveillance of American citizens when they should be hunting terrorists?” the Prince spokesman said.