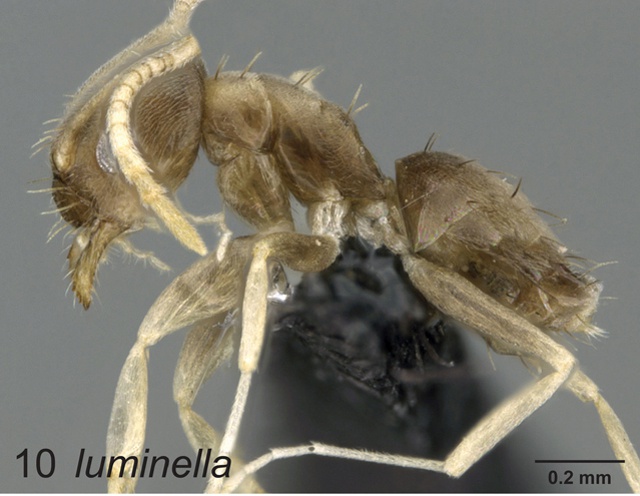 Findings on the newly-discovered Paraparatrechina illusio and paraparatrechina luminella were published in a research article by American myrmecologists John LaPolla from Towson University in Maryland and Brian Fischer from the California Academy of Sciences in San Francisco.

In an email interview with SNA, Dr LaPolla said that the two new species were almost certainly endemic to the Seychelles.

“There have been several surveys around the regional islands, so if these new species were some else, they would have likely been found,” he explained.

LaPolla’s co-author, Brian Fisher has been surveying the Malagasy region for more than 20 years and has discovered hundreds of new species, mostly from Madagascar, but his survey work in the Seychelles has also yielded many new species.

Including P. illusio and P. luminella, there are now 16 known species of ant in the paraparatrechina genus from the Afrotropical and Malgasy regions.  The genus is also found in tropical Asia and Australia, however, LaPolla says no scientific classification has yet been published on the paraparatrechina found there.

Both species of ant, which thrive mostly in the indigenous rainforests of Seychelles, are fairly easy to find, and LaPolla says this points to the lack of taxonomic research performed thus far in the region.

LaPolla says the most important question for researchers is how many new endemic species, at increasing risk from disturbance by human development, remain to be discovered in the Seychelles before time runs out.

All in all, there are roughly around 115 documented species of ants in Seychelles, many of which LaPolla says are endemic to the islands, but he adds that these endemic ants face a number of threats to their survival.

“The biggest problem in this region is that there are also lots of non-native ants that have been introduced to the region that threaten the native species,” he said. “Discovering those native species before they disappear so they can be conserved is critically important.”

Ants play an important role in our ecosystem as they allow air to circulate in the soil as they turn it, making it possible for  water and oxygen to get to the roots of a plant.. They also act as decomposers by eating organic waste, other insects as well as dead animals, and in this way clean the environment .