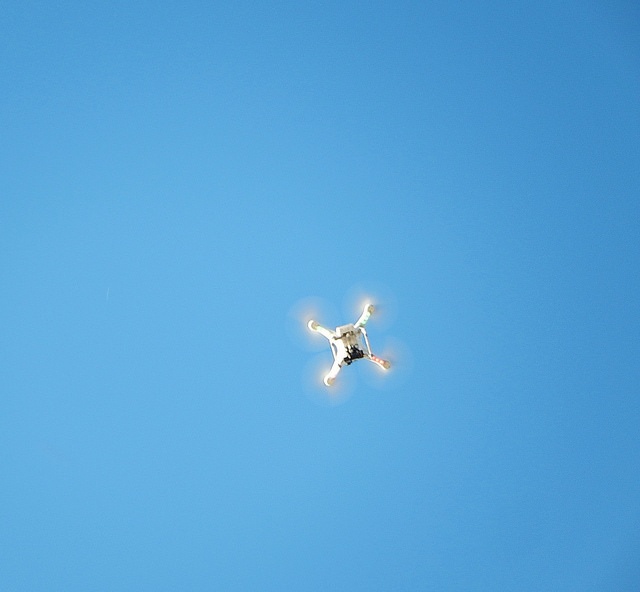 Drones are the most cost-effective way to carry out aerial filming.(Michael Coghlan/flickr) Photo License: CC BY-SA 2.0

The proposed regulations are in accordance with the International Civil Aviation Organization (ICAO) that obliges states to protect civil aircraft through regulatory enforcement action from drone activity at aerodromes.

The SCAA general manager of operation, Wilfred Fock Tave, said in a presentation over the weekend that drones shall not be flown within 15 kilometres around the international airports -- an area covering the whole of Mahe, the main island and Praslin the second most populated island of Seychelles.

“In special cases, users can only take-off their drones if they send a written application to SCAA at least seven working days prior to the date of intended operation,” Fock-Tave said.

He added that: “Outside the 15 kilometres, users can operate freely, but only below a height of 2,000 ft.”

According to the regulations, remote pilot aircraft should not be flown out of the line of sight or within 300 metres of any vessel, vehicle or structure that is not under the control of the user.

Drones are commonly used locally in photography and cinematography to take aerial view of the island nation. In other countries they are being used in search and rescue, firefighting, food delivery, and warfare.

The regulations make provisions to safe-guard the property and privacy of the general public.

“Not only have we drafted the regulations to protect aircrafts and the airport from risks accident, but we have taken into account the privacy and protection of the general public,” said the chief executive of SCAA, Gilbert Faure.

Faure added that it will protect operators as well as provide guidelines on how users can manipulate their drones in a safe manner.

Speaking after the presentation, drone user Darius Revena said that the authorities must do more research on the subject as some parts of the regulation are not practical, and do not fit into Seychelles' local context.

“For example, I strongly disagree on the fact that you cannot operate your drones out of the line of sight. This is ridiculous as modern drones are built with cameras, and other sophisticated components, which will make them stop at the sight of any object.”

Another drone user, Damien Toule-Thilathieu, said regulations are good and should be enforced properly to protect others.

Toule-Thilathieu recommends that if restrictions are to be imposed, “then the authorities can consider providing a designated area for the flying of drones without the need for a written application.”

So far there has been no critical drone-related accident in Seychelles, an archipelago in the western Indian Ocean, but Fock Tave said if authorities do not regulate their uses, a major accident can happen like the one with the British flight from Geneva. In April last year, a drone smashed into a British Airways flight as it was landing at the Heathrow Airport. The plane landed safely.

Once the regulation comes into force, any person who breaches it is liable to a fine not exceeding $1,832 (25,000 Seychelles rupees).

Fock Tave said that all recommendations made during consultations will be taken into consideration when making the final draft.