Seychelles U 16 team going all out against Uganda on Saturday, says coach Gavin Jeanne 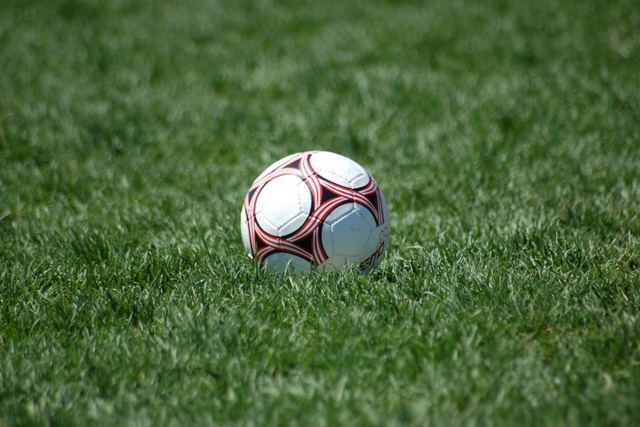 The home game between Seychelles and Uganda in the CAN U-17 qualifiers will kick off at 4.30pm Saturday (Glenn Harper/Flickr) Photo License: (CC BY-SA 2.0)

(Seychelles News Agency) - In a few hours football fans across the globe will be somewhat glued to their TV sets as the FIFA World Cup 2014 gets underway and the exciting matches between the world’s soccer giants kick off.

Tiny Seychelles is no exception, with fans all hyped up.

While all the excitement is pointing to Brazil, on Saturday the Seychelles Under 16 football team will be needing the Seychellois supporters to come down to ‘Stad Linite’ the main stadium on the island, at 4.30 pm local time as the team takes on Uganda.

The Seychelles team will be playing its home game in the qualifiers for the 2015 - Under 17 African Championship (CAN U - 17).

Speaking to SNA this morning, ahead of the arrival of the Ugandan team  expected to arrive in the Indian Ocean island nation this afternoon the Head Coach of the Seychelles’ Under 16 side, Gavin Jeanne said the preparations had gone well despite him wishing that they could have had more test matches against first division clubs.

The archipelago’s team is made up of 26 players with 22 registered for the competition.

“The Under 16 team actually plays in the third division football league; that is for the players residing on the main island of Mahe. We also have players recruited from the second and third most populated islands of Praslin and La Digue who are part of the inner island team,” said Jeanne adding that their training for the international match had intensified since the end of February.

Jeanne who is assisted in his coaching duties by Jim Louis has high hopes for Saturday’s match.

“We do not know our opponent’s capabilities but when we look at our players and evaluate our preparation I am hopeful …the players are committed and they learn fast…..it’s a very promising team compared to other groups of young players I have worked with in the past,” said Jeanne.

“I’m being positive….we are going all out to try and win the match, as it is our home game.”

Seychelles will be facing the same Ugandan team in another 2 weeks’ time as they head to Uganda for the away leg.

The winner of the encounter after the two matches will face Rwanda in the next qualifying round.

The African football championship for players under 17, organised by the Confederation of African Football (CAF) is held every two years.

Ivory Coast is the defending champion after beating Nigeria in final of the last competition in 2013.

Sport » Be a reporter: Write and send your article » Subscribe for news alert
Tags: CAF, Uganda, Under 17 African Championship, football