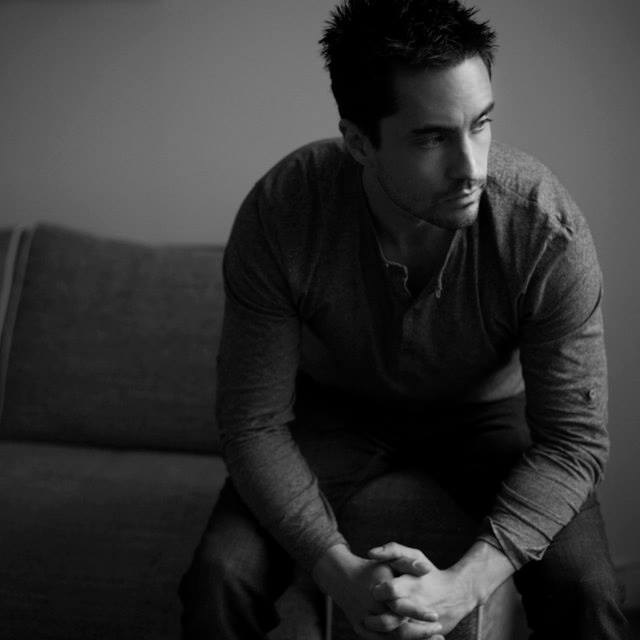 Van Beveren says he also has a movie idea that can made in Seychelles, which he describes as a country with a strong history and culture.

Born in the Indian Ocean archipelago to a Seychellois mother and Belgian father, Van Beveren is a descendent of the Michel family from Machabée, a northern region of the Seychelles’ main island, Mahé.

He moved to France with his parents at the age of six and started his career in the film industry in 2007.

Van Beveren, who has acted in a number of movies and television series including Virtual Revolution (2016), Osmosis (2015) and The Colour of the Trap (2014), dreams of getting to the top in his trade.

SNA caught up with Van Beveren over email recently to chat about his career, ongoing projects and ambitions.

SNA: Since when have you been interested in becoming an actor?

N VB: As far as I can remember, I have always wanted to be an actor. As I wanted to do every kind of work, I thought that becoming an actor would be the only way to succeed in doing that.

I grew up with movies. My grandfather showed me black and white movies [featuring] Stan Laurel, Charlie Chaplin …. and I was totally fascinated. I was thrilled every time I went to the cinema and I wanted to evoke that kind of emotion in people.

SNA: When did you make your debut. What was your first acting gig?

N VB: I started out in 2007 after a friend sent out my resume and pictures. They called me for an audition in Paris. So I went there and met the casting director. I stayed for maybe 40 minutes. I did not quite know what I was doing there. I first auditioned with an actress, then another.

The casting director then asked if I had an agent and I said no. He called an agent telling her that we should meet. So this is how I got my first agent.

I went through nearly ten auditions for the same role. It was for one of the six main characters of a big TV programme on M6 [French TV channel]) …. Then one day they called and said that I had gotten the role.

I started shooting for three and a half months. This was my first experience. I have been lucky, I grabbed my chance and fought for it.  Without this experience and the TV programme I would not have made it to where I am today.

SNA: In how many movies or series have you featured so far?

N VB: As an actor, 26 movies so far, counting more than a hundred episodes on TV. And as a director, four.

SNA: Which movie genre do you prefer?

N VB: I love comedy. You make people laugh and that's awesome. But I also like action and thriller movies and also drama.

SNA: Is it an easy job being an actor?

N VB: It's easy in a way, I mean, I'm not going out every day to work in a company. The job is not hard as that of a fisherman for example. But it is hard because you need to wake up and believe in yourself every single day.

In this line of work you have to be patient, persevere and work hard … although there is a bit of luck involved. A lot of time you may not get a role you have auditioned for, so you have to learn to accept it and don’t blame yourself. You cannot be the best all the time as there are many other actors competing for the same roles. Sometimes you just have to accept that you do not fit the role.

SNA: Did you undertake any studies in film making or acting?

N VB: I know it sounds crazy, but I never took any kind of lessons. I have learned to direct and make movies on my own and with the help of friends. I have also watched many movies and read books. But what really helped is my life lessons and every single thing that I have lived through. You can learn a lot just by watching others.

SNA: You also have an interest in film directing. Have you written any of your own movies yet?

N VB: Well, I started writing maybe more than ten years ago. I have created two big projects that are now in the pre-production phase. One is a TV programme similar to the Game of Thrones. The script is now in England being read by a production house. The second project is an action-thriller movie, which we are currently working on.

SNA: How far do you want to go in this career? What is your dream?

N VB: Well, as long as I make a good living out of it I will be happy. But I want to get to the top, this is my goal. I want to be recognized all over the world for my work ... winning an Oscar or a Bafta as a director or actor.

It's not just about being famous, it's about reaching the top, and seeing your work being rewarded. I want to touch people with my stories and my acting, for me this is success. If people feel something, then I have won.

SNA: Are you working on any new projects right now?

N VB: I will start shooting soon, in May and June, for France 3 [a French public television channel]. And in October there will be the release of a movie I shot in January on France 2. This will be watched by more than 5 million people. I have the main part in the movie, playing a cop running after a killer. This will be the highlight of my career. Everything can change for me in October.

SNA: Is there any particular actor or film director who has inspired you?

N VB: Mainly the American ones. I love Steven Spielberg, Ridley Scott, Denzel Washington, Daniel Day Lewis … they inspired me a lot. They are so talented. Movies like Gladiator, Alien, Inception, and Star Wars ... make me dream.

SNA: In view of your connection to Seychelles, you visited the archipelago recently. How often do you come to the islands?

N VB: I try to come every year to see my family, it is so important for me. When I’m away I miss my blood relatives, my country, and my roots. Each time I come to Seychelles I feel like I can breathe and really be myself. I can walk barefoot, swim, eat creole food, speak my language ... being surrounded by nature, talking to people. I love it.

SNA: Can Seychelles inspire any of your future projects or could the islands be a potential filming spot in the future and would you be willing to lend a helping hand to Seychellois willing to venture in your field of work?

N VB: We have a strong, powerful history and culture. There are so many things to talk about. In reality, my cousin Alexandria Faure has created a wonderful group in Seychelles to promote culture, poetry, acting etc. ... And we are now working together to organize workshops. I am planning to come two or four times a year bringing a professional to provide acting, directing and writing lessons. We will help those interested to make short movies at first. And I already have a movie idea, which could be made in Seychelles. We will talk about it this year. It won’t be easy, but hey what's easy in life. As we say, no pain, no gain. My regards and love to all the Seychellois who are now supporting me.

SNA: Film making and acting is not something that is fully developed in Seychelles although a few individuals are interested in this field. What advice would you have for aspiring actors and film directors in Seychelles?

N VB: Things happen when you invest time, have patience and work hard. If you have a dream do not let go of it.

SNA: What does it take to make for someone to make it in the film industry? In other words what makes a good actor?

N VB: A good actor is the one who stays close to his family, close to his country, to his roots. Close to himself. The good actor is the one who keeps it up, keeps working, and keeps believing in himself. There is not one way to success, there are many ways. The road is long, hard, but fantastic. As long as you stay true to yourself and others. This is the truth. Sometimes you feel that you have won and other times that you have lost. But that’s fine, in reality you always win because you gain experiences. The ones who experiment are the ones who succeed.

The Interview » Be a reporter: Write and send your article » Subscribe for news alert
Tags: Game of Thrones, Nicolas Van Beveren, Osmosis, The Colour of the Trap, Virtual Revolution