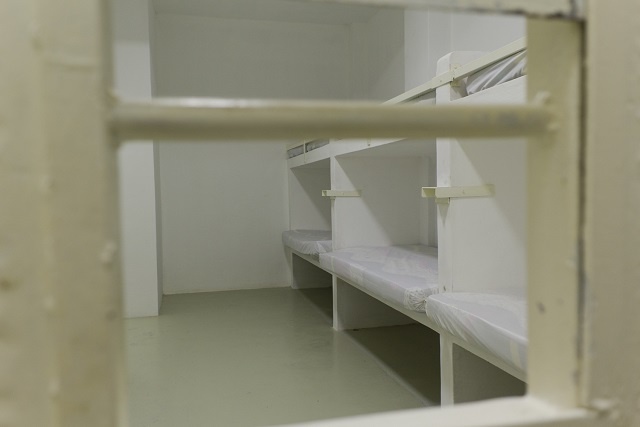 (Seychelles News Agency) - A new detention facility for male detainees awaiting trial opened in Seychelles on Wednesday, as part of reform initiatives being undertaken by the island nation’s prison authorities.

The Detention Remand Facility, the island nation's first, is located within a compound of the Seychelles police, at Bois De Rose Avenue, on the outskirts of the capital, Victoria. It is equipped to cater and provide custodial care to 80 male detainees at a time.

Chief Inspector Sam Dodin of the Seychelles' prison services said: “The concept for a remand facility is the result of both an appreciation that remands need to be better managed and securely segregated from those who have been convicted.”

The Ministry of Home Affairs has said that the facility also supports calls from other stakeholders including the judiciary to improve upon the management of those remanded in custody while awaiting trial.

Seychelles’ law states that a person awaiting trial has to be remanded every 14 days.

Presently, men and women are being remanded at the Montagne Posée prison, an uphill location towards the western part on the main island Mahé, or at one of the police stations in the districts. Juveniles held on remand are kept in the custody of the police force.

According to figures given by the prison authorities, there are currently over 430 detainees at the Montagne Posée prison, among which more than 70 – all men -- are on remand.

No women detainees are being remanded at the prison at the moment, although there is a specific area within the female wing of the prison that is reserved for them.

The prison Superintendent, Vic Tirant said that the new remand facility will thus help to deal with the issue of overcrowding at the Montagne Posée prison.

“[The facility] will help us to better manage our main prison at Montagne Posée as we seek to further decrease the overall population at the prison, by better classifying inmates, separating fully those in remand and those who have been convicted,” said Tirant.

“According to international laws, convicts and remandees should not interact with each other,” he added.

Discussions are ongoing to build a similar facility for women remandees and juveniles at the same location.

The prison authorities have indicated that they will soon begin the phased transfer of men detainees, currently being remanded and awaiting trial at the Montagne Posee prison, to the new remand and detention facility.

The project to convert what was previously an exhibit warehouse, into the new facility which houses 10 cells some with 6, 8 or 10 sleeping areas and as well as visitors and exercising areas has cost around $475,000.