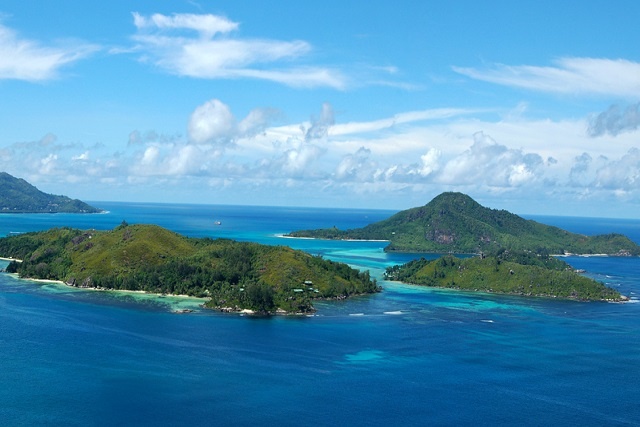 (Seychelles News Agency) - Seychelles is part of a globally recognized Biodiversity Hotspot known as the Madagascar and the Indian Ocean Islands Region. The island nation has a remarkable level of endemic species, many of which are included on the list of threatened species maintained by the International Union for Conservation of Nature.

Considered as the world’s second-largest raised atoll after Kirimati, Aldabra is the most southwesterly group of the Seychelles islands, located some 1,100 kilometres from Mahe. The atoll has a lagoon of 224 square kilometres in which the main island Mahe can fit in. Aldabra was designated as a special reserve in 1981 and got its status as a World Heritage Site in 1982.

The atoll is home to the world’s largest population of giant tortoises and has been described as 'one of the wonders of the world' by Sir David Attenborough as its isolation in a remote area of the Indian Ocean, combined with an inhospitable terrestrial environment, has helped preserve it in a relatively pristine state. It is managed by the Seychelles Island Foundation – a public trust set up in 1979.

Located only 10 kilometres away from the Seychelles second most inhabited island of Praslin, Aride is one of Seychelles islands that is self-sustainable in energy production and consumption. It has enjoyed the status of being a special reserve since 1975. Since 2004 it is being managed by the Island Conservation Society (ICS), a not-for-profit organisation registered in Seychelles in 2001.

Aride is the largest nature reserve of the granitic islands of Seychelles. It hosts one of the most important seabird populations in the Indian Ocean, with more breeding species than any other island in the archipelago. It also is the only natural home of the Wright's Gardenia, has one of the most dense populations of reptiles in the world, hosts nesting hawksbill turtles and a rich marine ecosystem

With the aim of protecting the rare endemic species the Seychelles Black Paradise Flycatcher, the reserve was officially opened in 1982 and got the special reserve status in 1991. Located on La Digue, the third-most populated island, the reserve forms part of a 200-hectares plateau found on the western side of the island. The reserve provides a breeding and feeding habitat for  rare endemic bird species.

In addition to suitable breeding habitat, the flycatchers benefit from the abundance of insects in and around the reserve. This is in part due to the nearby freshwater marsh, natural pond, and man-made ponds which provide breeding grounds for many insects.

The reserve is open to visitors and holds a display providing general information on both the flycatchers and the Seychelles environment. Books, leaflets and souvenirs are also provided. The reserve is opened from Monday to Friday from 8.00 am - 4.00 pm.

Covering 27 hectares and located approximately 2 kilometres from Praslin island, Cousin was first made into a nature reserve in 1968 and was given further protection when it was designated a special reserve in 1974. The island is not only significant for sea birds and endemic land birds but is also the most important breeding site for Hawksbill turtles in the Western Indian Ocean.

Today, Cousin is managed by Nature Seychelles and conservation activities include monitoring of the island's biodiversity, research, re-introduction of endangered species such as the Seychelles Magpie Robin, ecotourism and education. Cousin has been successfully restored to its original vegetation, creating homes for many endemic species of land birds and important breeding sites for seabirds.

A tiny emerald in a sea of sapphire blue, the island group of D’Arros and St. Joseph, situated in the outer islands of the Seychelles archipelago of 115 islands in the Indian Ocean, became a special reserve in 2014.

The islands became a special reserve in order to preserve their unique biodiversity, while a portion of D’Arros Island will be set aside for consideration as a wetland site under RAMSAR – an  intergovernmental treaty that provides the framework for national action and international cooperation for the conservation and wise use of wetlands and their resources.

The Island was declared a special reserve in 2010 and is a granitic island found in the inner island group east of Mahé and covers a total land area of 13.2 hectares. With its flat, rocky strips and minimal elevation it provides an ideal habitat for ground-nesting seabirds and hosts important populations of such species as the sooty, fairy and bridled terns, lesser and brown noddies, and wedge-tailed and Audubon’s shearwaters.