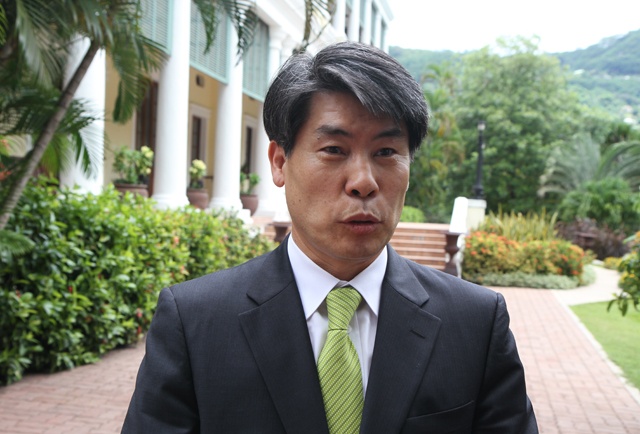 (Seychelles News Agency) - The International Monetary Fund is considering the possibility for Seychelles to embark on a new extended Fund Facility Programme with the international financial institution, announced the IMF Executive Director for Seychelles, Jong Won Yoon in a press interview this morning.

“The mission team came to Seychelles two weeks ago and they had very good discussions with the authorities.They will give their proposals to the International Monetary Fund and the executive board will discuss in two months. If it is successful then it will be a very good opportunity for Seychelles to consolidate the existing gains in macro-economic stabilisation and it is also a very good opportunity for the pursuit of structural reform,” said Won Yoon.

His remarks followed a courtesy call on Seychelles President James Michel, accompanied by the IMF mission chief for Seychelles, Marshall Mills where they talked about the mission's new findings in the development of the Seychelles’ economy since their last review and also gave recommendations for future steps.

“We need more assistance in capacity building in revenue collection, auditing and statistics. Statistics is very important for planning and programming for the future as well as in other areas to consolidate transparency, good governance, accountability ... I think it is key for future stability,” said Michel in a press statement following the meeting.

Commenting on Seychelles first economic reform programme completed in December last year, the IMF Executive Director for Seychelles said most directors at the IMF have commended the successful implementation of the programme.

Seychelles embarked on a 5-year IMF backed economic reform programme launched by the Seychelles President in October 2008.right now, inflation has also stabilised now its 3 to 4 percent. There is a 4 percent solid growth as well, and Seychelles has a very strong fiscal sector and the monetary programme have also been successful,” added Won Yoon.