Island aircraft: The stories behind 4 names in Air Seychelles' fleet 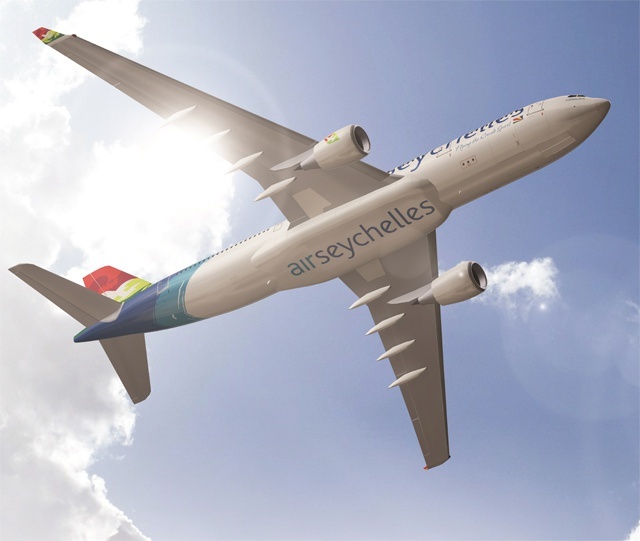 (Seychelles News Agency) - Planning a trip to the Seychelles islands? If the archipelago’s national airline is your carrier of choice, you will not be flying on just any anonymous aircraft.

Alongside its tagline ‘Flying the Creole Spirit,’ Air Seychelles takes the business of naming its aircraft very seriously, as a means of promoting Seychelles as an island destination across its network.

“To name a new aircraft we seek the support of our colleagues internally. From their contribution we then decide on the best name for the aircraft,” an Air Seychelles spokesperson said to SNA.

Established in 1978, the airline currently has a fleet of four Airbus aircraft that serve the international routes and six Twin Otters serving the domestic routes. SNA takes a look at the names of Air Seychelles’ two Airbus A320 and two Airbus A330 aircraft.

Registered as S7-AMI, Amirantes was Air Seychelles’ first Airbus A320 to be registered on the Seychelles’ civil aircraft register in May 2015. The aircraft is named after a group of coral islands and atolls in the southern part of the 115-island archipelago in the Indian Ocean. The Amirantes group, which forms part of the outer islands of Seychelles, consists of eight single islands and three atolls with a total of 18 islets.

Joining the Air Seychelles fleet in August2015, S7-SIL, also an A320, is named after the Indian Ocean archipelago’s third-largest island, Silhouette. Located some 20 kilometres northwest of the main island, Mahé, most of the granitic island is very mountainous. One of the archipelago’s richest biodiversity hotspots, Silhouette is protected as a national park.

One of Air Seychelles’ two A330, S7-ADB, Aldabra was acquired in October 2015. The names takes after the Aldabra atoll located some 1,120 kilometres southwest of the main island of Mahé. Full of wonders including huge land tortoises, sea turtles, manta rays, black-tipped sharks among many other interesting flora and fauna, Aldabra is one of the world's most wild and remote regions. Managed by the Seychelles Islands Foundation, SIF, the place that remains a mystery and a dream to many thanks to its remoteness, is also one of the Seychelles’ UNESCO World Heritage sites.

The newest addition to the Air Seychelles international fleet in March this year, S7-VDM, Vallée de Mai is the only one of the four Airbus not named after an entire island or atoll. The airline’s second A330 aircraft is named after the Seychelles’ endemic palm forest reserve of the Vallée de Mai on the second-most populated island, Praslin. Managed by the Seychelles Islands Foundation, Vallée de Mai is a UNESCO World Heritage site where one can find the endemic coco-de-mer palm, which bears the largest nut in the world.

Note: Air Seychelles’ two Airbus A330 which can carry up to 254 passengers operate services to Dusseldorf, Paris and selected flights to Johannesburg, Mauritius and Mumbai.