'No cause for alarm' after rumours over Queen Elizabeth II 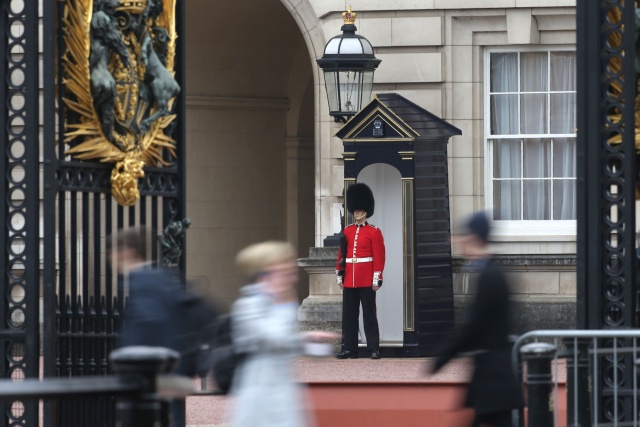 Pedestrians walk past Buckingham Palace in central London on May 4, 2017. There is "no cause for alarm" over the health of Queen Elizabeth II and her husband after a meeting of all royal staff sparked frenzied speculation, a source told AFP today. (Daniel LEAL-OLIVAS / AFP)

(AFP) - There is "no cause for alarm" over the health of Queen Elizabeth II and her husband after a meeting of all royal staff sparked frenzied speculation, a source told AFP Thursday.

Television crews descended on Buckingham Palace at dawn after a newspaper report of a "highly unusual" staff meeting prompted speculation of an imminent royal announcement.

A well-placed source confirmed to AFP that staff from around the country had been called to the palace for a meeting on Thursday, but insisted: "There is no cause for alarm."

While such meetings are rare, they are not unprecedented and can happen several times a year.

The Daily Mail report sparked global speculation about the health of the 91-year-old queen and her husband Prince Philip, who turns 96 in June.

A few curious royal watchers joined more than a dozen cameras outside the gates of the palace, the queen's London residence.

"My cousin got in touch with me from LA. And he said there was something going down in the palace," said 40-year-old American actress Kim Tatum.

The queen returned to London on Wednesday after spending the Easter break at Windsor Castle.

She met with Prime Minister Theresa May during the afternoon, to mark the dissolution of parliament ahead of the June 8 snap general election.

General » Be a reporter: Write and send your article » Subscribe for news alert
Tags: Britain, royals