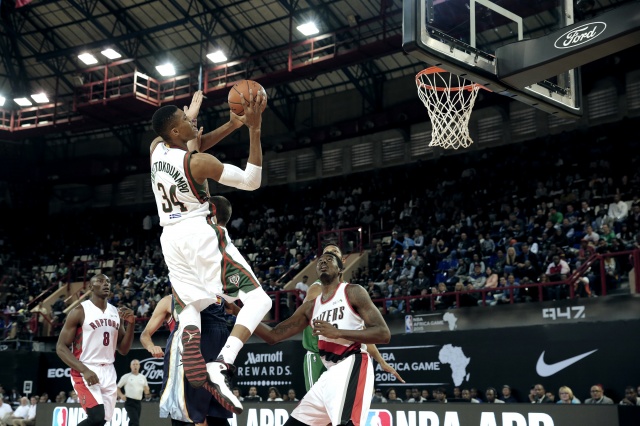 (AFP) - The NBA announced the opening of its first NBA Academy basketball training center in Africa on Thursday, in Thies, Senegal.

The center, designed to serve the top men and women prospects from throughout the continent, was opened in partnership with the SEED Project, the Sports for Education and Economic Development non-profit organization that uses basketball as a platform to engage youth in academic, athletic and leadership programs.

The organization nurtured Gorgui Dieng, the Senegalese international who now plays for the Minnesota Timberwolves.

The first 12 male players were selected for academy scholarships from scouting programs across Africa and skills camps hosted in December and this week.

As part of Thursday's announcement, the NBA and SEED Project also announced plans for an NBA Academy Africa facility in Saly, Senegal.

Elite men will train there when it opens later this year, and women and youth players will train in Thies.

"Today is an important milestone for the growth of basketball on the continent as we begin to welcome the first group of young student athletes who will form the inaugural roster of NBA Academy Africa," said NBA Vice President and Managing Director for Africa, Amadou Gallo Fall.

"NBA Academy Africa will provide student athletes with world-class, comprehensive training and education so they have the resources to achieve on the court and in life."

The NBA has already launched academies in Hangzhou, Jinan and Urumqi, China, and has plans for academies in Canberra, Australia and Delhi National Capital Region (NCR), India.