In need of nurses, Seychelles hits the recruiting trail 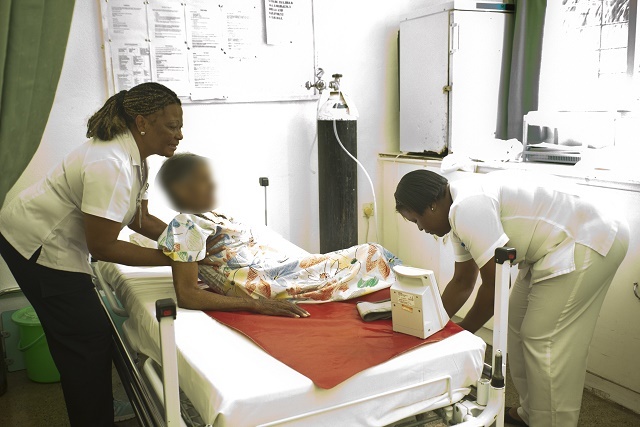 The exhibition is targeting students of 14 and 15 years who are beginning to think of career paths.  (Salifa Magnan, Seychelles News Agency)

(Seychelles News Agency) - With Seychelles in need of more nurses, the island nation's Ministry of Health is organising a first-ever travelling exhibition in the country's secondary schools on the three main islands, Mahe, Praslin and La Digue, to encourage more people to enroll in nursing programs.

The acting chief nursing officer at the Ministry of Health, Gylian Mein, told SNA on Monday that it is the first time that the ministry is organising such an activity at this level to lure young people into the nursing profession.

“The intake of students at the NIHSS (National Institute of Health and Social Studies) has constantly been on the decline to a point that they had only 11 graduates last year,” said Mein.

She added that: “We have diversified our services, thus, we need to strengthen our campaign, targeting the young group in order to get more people to join nursing.”

Mein said that the exhibition is targeting students of 14 and 15 years who are beginning to think of career paths. The exhibition, which starts on Tuesday, will be done in 10 secondary schools in Seychelles, an archipelago in the western Indian Ocean.

Mein, who is also coordinating the exhibition, said the ministry is encouraging students, especially those interested in pursuing a career in nursing, to participate in the exhibition as this will give them the chance to learn more about the profession.

During the exhibition, students will have the opportunity to view various displays, while they discover the various virtues and satisfaction that comes from pursuing this noble profession.

Currently there are a total of 440 local nurses in employment, according to statistics from the Ministry of Health.

Trained in emergency nursing, Benjamin Doway, who has been in the profession for more than nine years, told SNA that nursing is a noble, but a devoting profession.

Doway said more awareness and promotion both in schools and in the media is essential to promote nursing as a career choice among the young population.

He added: “Nursing is a profession on its own and it is both physically and psychologically challenging with new things to learn every day. Nevertheless, it is a smile on a patient’s face, a thank you note, and to see the success of my devotion through a patient’s recovery is what keeps me going.”

Although the major challenge is a lack of respect from society, Doway is upbeat about his job and advises the youth to make the most of the travelling exhibition.

Mein said the Ministry of Health is going to organise this activity every four months to work with students who have shown an interest in nursing.

“Students who also show interest during the exhibition will also subscribe to a one-year programme,” said Mein.

The exhibition will spread across 17 days and exhibitors will set up shops in secondary schools’ dining hall and verandas. The ministry’s target is around four students from the ten schools.

The travelling exhibition is a joint venture between the Seychelles Nurses and Midwives’ Council and the National Institute of Health and Social Studies (NIHSS) forms part of the activities to commemorate the International Nurses and Midwives’ day on May 12. The day is celebrated around the anniversary of Florence Nightingale described as the founder of modern nursing.

General » Be a reporter: Write and send your article » Subscribe for news alert
Tags: Ministry of Health, National Institute of Health and Social Studies, International Nurses and Midwives, Florence Nightingale