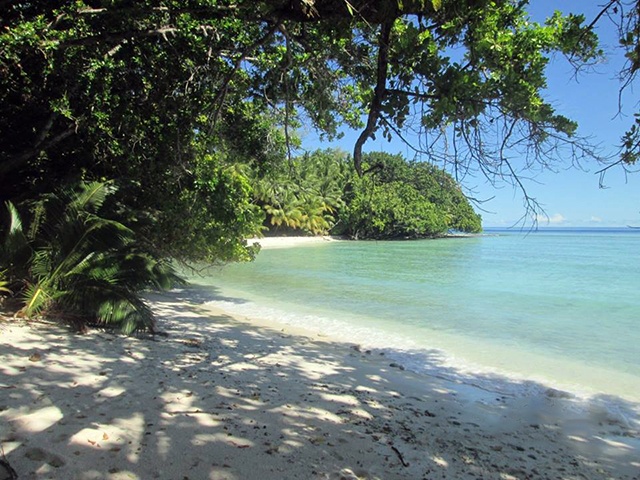 (Seychelles News Agency) - The Chagossians living in Seychelles are unhappy with the monetary assistance the British government is offering to improve their livelihood, said the chair of the local community.

The British government is offering a package of approximately $44 million which will be disbursed over the next ten years.

Pierre Prosper, the chair of the Association of Chagossians in the Seychelles, told SNA that the British government is not being fair.

Around 2,000 Chagossians were forcibly evicted from the Chagos archipelago in the Indian Ocean in 1960 when the UK leased the main island, Diego Garcia, to the United States to use as a military base. More than 200 were deported to Mahé, the main island of Seychelles, between 1967 and 1973, when the country was still a British colony.

Even though the Chagossians community has integrated into the Seychellois lifestyle, many are still disadvantaged, especially the elderly.

Prosper explained that some Chagossians living in Seychelles are in dire need of social assistance and there is still the issue of pensions for the elderly.

“For Seychelles, the British need to reconsider a fair amount that will help people to improve the standards of living of the Chagossians,” said Prosper.

The British High Commission in Seychelles, when asked by SNA about Prosper's position that the money is not enough, said it was seeking advice from Britain.

Prosper added that: “Some Chagossians are faring very well, especially the younger ones. They have had the chance to benefit with education and now have a career and are stable, but the older generation is the worst off, with some barely getting by, while others lack some of the necessities such as treated water and the indoor toilet.”

Prosper told SNA while the British government also needs to consider the community and environment that these people are living in, at the same time this needs to be fair across the board.

Prosper said that the money from the British government is also expected to pay for the Chagossians' planned visits to their island of birth.

The British High Commission said in a statement to SNA that the visits organised and paid for by the Foreign and Commonwealth Office will allow Chagossians to "maintain a connection to the islands." The High Commission said its government's support package seeks to improve the livelihoods of Chagossians in communities where they now live. It said officials have started discussions with Chagossian communitiesin the U.K. and Seychelles to "ensure that we develop effective prorammes, including visits, which have the biggest impact on the lives of those who need it most."

The chair of the local association said that the islanders who were born in the Chagos archipelago located in the central Indian Ocean, deserve a fair deal as the displacement was a traumatic and painful event.

“We are people who were forced to leave our land; we deserve better. A wrong was committed 45 years ago, and we want the British to do the right thing,” said Prosper who confirmed that they will lodge a new case with the London High Court to contest the monetary assistance.

SNA spoke to Gladyel Sakir one of the Chagossians living at Les Mamelles, a district in the eastern side of Mahe.

Sakir recalled how hard it was for her when she first landed on the Seychelles islands. "Life was unbearable. I had two small children and we had nothing as we left everything behind."

Sakir said she could not not find work and that "these were hard and painful times which we cannot forget, the biggest challenge was the adaptation."

She said that after a while she managed to get a job with the Seychelles Marketing Board and is now retired.

"My life is still tough as I am blind. I am also a grandmother and I want a better deal for my children and grandchildren. I hope the British gives us our dues -- we have been fighting for this and we will keep on fighting," said Sakir. She said that although at her age she cannot go back to her homeland, resettlement will bring some closure to the chagossians.

The Chagos Association in Seychelles, a group of 115 islands in the western Indian Ocean, is also supporting their compatriots in Mauritius who are taking their case for resettlement to the United Nations. The Chagossians have expressed their wishes to return to their homeland.