Seychelles' plantation era: 4 exports from a time now past 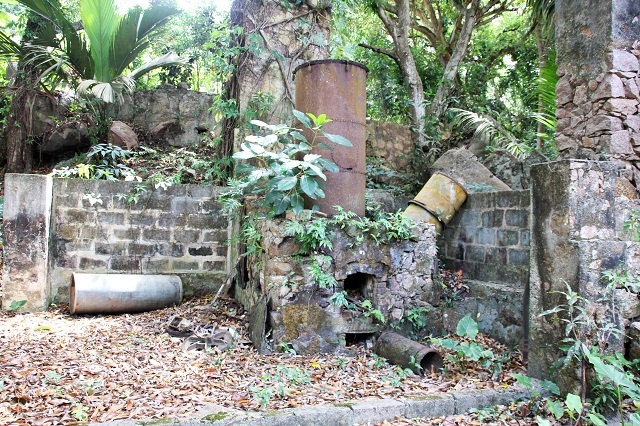 (Seychelles News Agency) - In the 1970s, plantations were the main driver of the economy of the Seychelles, a group of 115 islands. At the time around 33 percent of the island nation’s workforce was employed on plantations. The opening of the international airport in 1972 boosted the tourism industry which is the island nation's top economic contributor today. As a result the plantation economy took a back seat.

SNA looks at four of the main exports from the plantation industry in Seychelles.

Seychelles was among the major exporters of patchouli dried leaves for perfume in the 1960s onwards. Derived from the mint family, patchouli is known for its high content of alcohol, which has therapeutic (anti-inflammatory, skin healing) and insect-repellent properties. It is native to tropical region and is considered as a precious botanical plant. The plant was at one point considered as weed by the locals and therefore destroyed on every plot of land allocated for tourism development.

The leaves and bark of this plant were extracted and exported mainly as perfume and oil. The cinnamon bark was also grinded into powder to be used in preparation of food such as curry. Its application in food as spices is also due to the fact that it has an aromatic and astringent taste. Cinnamon is indigenous to Sri Lanka. In the past attempts have been made to transplant cinnamon trees to other tropic regions, but it has only been naturalised in the Seychelles and Madagascar. Locally, cinnamon is largely grown on the hill side.

This dried edible source of fat derived from coconut was exported mainly to the European market. The early economy of Seychelles was based on the production of copra and coconut oil. Copra is valued for the coconut oil extracted from it and for the resulting residue, coconut-oil cake, which is used mostly for livestock feed. The coconut is husked on a sharp point to get the kernel. Then it is left to dry in the sun to be transferred into a mill powered by a cow.

Still grown on a small scale on La Digue and Praslin, vanilla became an important cash crop, overtaking copra in 1899. The plant was largely exported for its essence. Later, the demand for this crop internationally went on the decline as the discovery of synthetic essence led to a drop in prices. Additionally, after the outbreak of World War I, ships no longer called for cargoes of vanilla essence. Vanilla originates from the orchid plant – a vine-like plant that grows on trees for support.