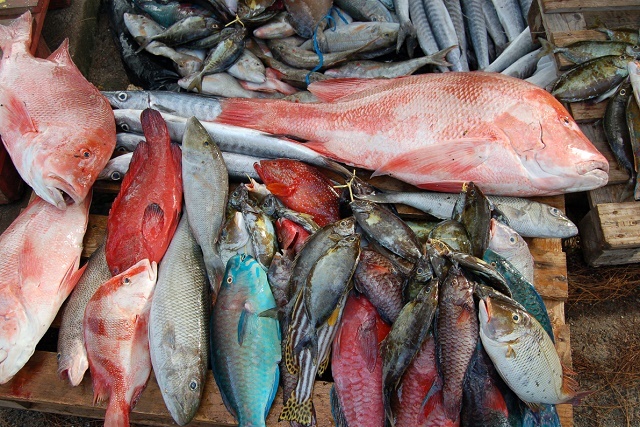 Wilna Accouche told SNA that information gathered throughout this project will be presented to the fishermen who themselves will be encouraged to take a lead in defining measures that will better manage the fish stocks (Gerard Larose, Seychelles Tourism Board)

(Seychelles News Agency) - Green Islands Foundation (GIF), a not-for-profit environmental organisation in Seychelles, has started collecting data through a project on vulnerable species and those of concern to local fishermen.

The general manager of GIF, Wilna Accouche, told SNA that, “Information gathered throughout this project will be presented to the fishermen who themselves will be encouraged to take a lead in defining measures that will better manage the fish stocks.”

Fish brought ashore on five landing sites around Mahe, the country's main island, as well as the main fish market in the capital, Victoria, are monitored, measured and photographed as part of the project to assess the occurrence of several threatened fish species on the Mahe plateau.  This preliminary finding was revealed to SNA this week following months of data collection by GIF.

The Green Islands Foundation, established in 2006, is a Seychelles-registered non-governmental organisation dedicated to the mainstreaming of sustainable development.

The project is targeting at least 20 species that are classified as vulnerable to critically endangered by the International Union for the Conservation of Nature (IUCN) and other species that are of concern to fishermen in Seychelles.

The species being closely monitored under the project are mainly groupers, sharks and rays but species of wrasse and parrotfish are also included.

The GIF project assistant, Frank Volcere, told SNA that: “Preliminary findings are looking interesting. One particular site is landing many juveniles of these species of concern and we are very interested to find out more.”

According to Accouche, the data collected will then be compared with historical information which will determine to what extent these species have declined.

The bottom-up approach management has already been well received with fishermen and other coastal communities as they also have been involved in the data collection exercise. There are five persons already working at landing sites to assist GIF in measuring the species under monitoring.

Fish is consumed on a daily basis in Seychelles, an archipelago in the western Indian Ocean, and most of this supply is provided by artisanal fishing.

Funded from the Global Environment Facility (GEF) and Conservation International Japan under the GEF-Satoyama initiative, the project also addresses the United Nation’s Sustainable Development Goal 14, which targets life below water.

The two-year project is also in line with the Seychelles’s Blue Economy strategy to promote sustainable management of fisheries.

GIF hopes to do more advocacy for the project to make it more visible to the fishing community and to get as many fishermen as possible to give their views on how to make artisanal fishery on the Mahe plateau more sustainable.