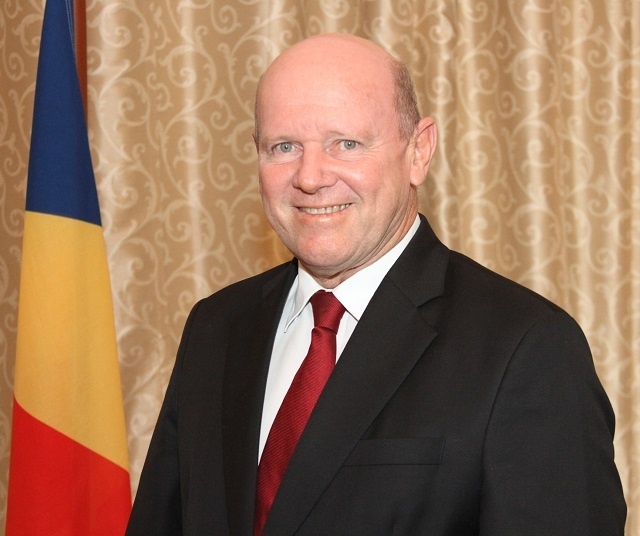 (Seychelles News Agency) - Seychelles' former minister for tourism, whose candidacy for the post of secretary general of the United Nations World Tourism Organisation (UNWTO) was withdrawn, says the letter to the Seychelles’ government from the African Union (AU) is questionable.

Alain St. Ange told SNA on Wednesday that there are some features which official and formal letters normally have, which the note verbal that Seychelles received do not.

“You know a similar letter can be bought at the AU for $100. Upon receiving the letter, I would have thought that the government would have sent the Vice President or a minister to meet with top officials of the AU,” said St. Ange.

He added that recently another African country -- Rwanda -- contested something similar, in which the country was threatened with sanctions. No sanctions were ever enforced.

St. Ange said, “Seychelles reacted in haste, and I think all of this is an insult for Seychelles because now it looks like we are operating like when we were a colony.”

The withdrawal of St. Ange’s candidacy was announced last Wednesday by Vice President Vincent Meriton in a meeting with reporters.

“The government received a note verbal from the African Union dated the 8th of May 2017 asking the government to remove its candidate for the post of Secretary General of the UNWTO," Meriton had told reporters.

St. Ange said that he is disappointed with the Foreign Affairs department, as there are steps that could have been followed. “At the AU there is a sanctions committee. We could have asked that committee about the letter and confirm that yes the note verbal is from the highest level of the African Union.”

The former tourism minister said, “There are a lot of people challenging the AU about this, if ever there is foul play in this, Seychelles will look bad. If you look at the letter it is not even signed there is only an initial K.M, anybody could have wrote. The person could have been courteous and at least wrote his or her name.”

St Ange told SNA that the issue should be looked into as the author of the letter is questionable and that the Foreign Affairs department was too quick to react and the government was not properly informed.

The former minister said the whole issue is humiliating in light that in the last five months he has used a lot of his resources to campaign for the post. He added that although the AU had endorsed the Zimbabwean candidacy, in the eyes of the world Seychelles was a better candidate and a role model with a track record in the tourism sector.

He concluded that he has no other options but to sue the foreign affairs ministry for moral damage. St. Ange said he is meeting with his lawyers to prepare for the lawsuit but says he is willing to consider an out of court settlement.

The elections for the post of Secretary General of the UNWTO were held on Friday May 12, in Madrid, during the 105th session of the UNWTO Executive Council. Members voted for Zurab Pololikashvili from Georgia.

No candidate from Africa has held the UNWTO Secretary General’s post since the inception of the organisation in 1975.