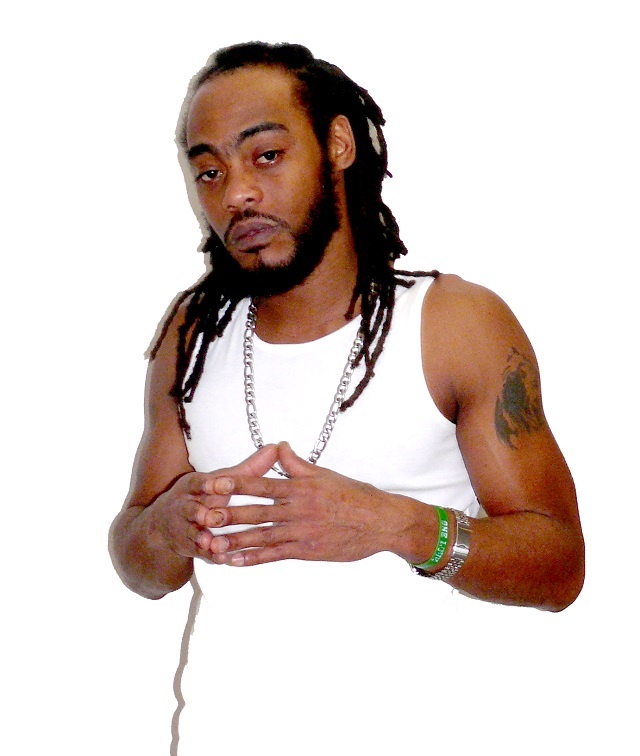 Jahrimba advises young people who wants to sing that what is most important is -- to be yourself, be original and be unique -- don’t be like everyone else.  (Jahrimba)

Hailing from La Misere, the 39-year-old was awarded the Best Male Artist in the Cable Tune award ceremony held last month at the Katiolo discotheque at Anse Faure on the southeastern side of the main island, Mahe.

SNA met Jahrimba to hear more about his musical career.

SNA: To begin, tell us, when did you know that you wanted to become a singer?

Jahrimba: As far as I can remember, it was in Primary 2 at around 7 years. I was always taking part in singing and dancing activities at the La Misere school. Roch Moncherry, my uncle, was quite popular when I was growing up and my two cousins were also singing -- that is what made me more willing to sing. I was the number one fan of the family and followed them on all their performances.

I was also inspired by the local singers at that time because for me Michael Jackson was only a dream artist, but I could be like the local ones.

SNA: Would you say that singing is your career?

Jahrimba: Yes, I can say that as it is more than 10 years since I am singing and not in another employment. However, I did a two-year course in kitchen and pastry at the Seychelles Hotel and Tourism Training Centre (SHTTC) and worked as a sous-chef. I still do it part-time, but music is my preference.

SNA: You sing in various genres, what is your preferred style?

Jahrimba: Mine is the old school ragamuffin as I grew up at the time where the likes of Shabba Ranks and Yellowman (Jamaican dancehall artists) were hitting the airwaves. They have sort of influenced my style of music which is dancehall. When I left the Raggablastaz (a local ragamuffin group) in 2000 I was trying to build my own niche and started following the Rastafarian culture, that is when I moved more into reggae. I also did some fusion with the Sega on my album Vibrasyon Tropikal (tropical vibration).

SNA: Your songs are mostly in Creole, why?

Jahrimba: All my lyrics are in Creole with very limited English words, and even then they are mostly those we use every day. I also use words that I heard when I was growing up. This is because Seychellois Creole is my identity, I think this is what makes me unique so even if I don’t have the best voice or the best music my lyrics set me apart. So I definitely do not copy the writing style of other international artists. I am also showing the younger ones that they have to be original also and be themselves.

SNA: Did you expect to win the Cable Tune award for Best Male artist?

Jahrimba: From the popularity of my album I knew I was bound to get a prize. But then again it wasn’t enough for people saying the album is great -- you needed people to vote through the Cable Tune channel to win. I did not do any campaigning for that. Cable Tune is a very small channel but I appreciate what they are doing. When I was growing up I only wanted to sing. I had no idea that I would have to work hard amid a lot of pressure.

SNA: What do you thing is needed in the local music business to encourage local artists?

Jahrimba: I am happy and I appreciate being rewarded for my songs but I feel that other older artists like Joseph Louise, Jean Ally, Stanley Beaufond who have recorded and performed and others who have contributed over the years, have not seen the benefits of their contribution to the Seychellois Creole music.

I have been singing for half of my life and at this point I would like to see an award especially from SBC and those responsible for promoting our culture, as they are the main promoter of the Seychellois songs both audio and visual. That would make any artist proud and feel like what they are doing is contributing to the Seychellois lifestyle.

I’ve seen sportsman getting award through my childhood for their achievements. I was also a sportsman and played football and we won the gold medal for the CJSOI (Commission de la Jeunesse et des Sports de l’Ocean Indien) in 1994 with coach Jeris Cesar. I witnessed our pioneers in sports being recognised but not in music.

SNA: Tell us about your latest album?

Jahrimba: The album ‘Douler lo zot’ was released on December 9 and it is a double CD album. The first CD has songs about women -- their beauty, their contribution, and their behaviours and about quality in relationships. The second one is more about bad boys.

SNA: What do you think of the evolution of music in Seychelles?

Jahrimba: I think our musical beat is being influenced with international ones but not our Creole voices. When I was growing up I did not hear many Creole songs especially in parties – there were mostly disco music being played. Nowadays anywhere you go if you don’t hear local songs it won’t be fun. I believe in our local music and I will continue to strive to promote it even our sega and our moutya.  With Seychellois being a mix of cultures it’s normal to have other influences but we need to remember that we have our own Seychellois identity. We can’t put other people’s culture before ours.

SNA: What would you advise people who want to be singers?

Jahrimba: My first message for all the young people is that do not make singing their only ambition because it will not be enough to feed themselves and their families. In Seychelles you will not get rich with music alone.

If they are sincere then they also need to reflect on what they sing about and how that touches our local communities. Something more important is be yourself, be original and be unique -- don’t be like everyone else.