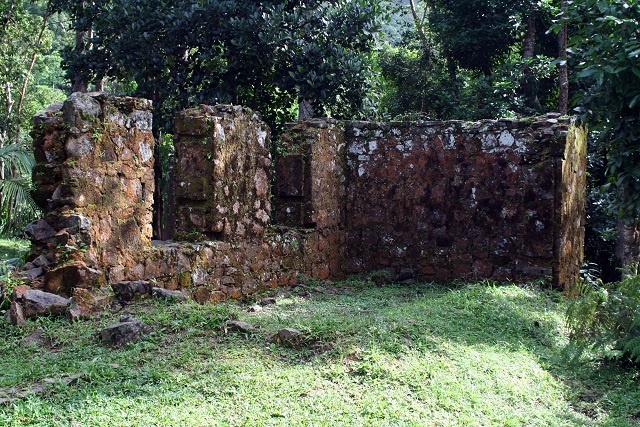 Venn’s Town was opened around 1875. It was a settlement with plantations of vanilla and patchouli amongst others (National Heritage)

(Seychelles News Agency) - Seychelles is set to have a third UNESCO World Heritage Site after it completes the final dossier for Venn’s Town, site of an old mission community's ruins, a top research official said.

The Principal Research Officer of the Seychelles National Heritage, Julianne Barra, said that work on the dossier to have Venn’s Town declared a United Nations Education Scientific and Cultural Organisation (UNESCO) site started five years ago.

There are still some steps to take. “We need to put up proper signage, we need to build up an information kiosk with brochures where all visitors will get accurate information about the site and we need to construct some facilities such as toilets,” said Barra.

She added: “Once these are in place we will then bring in a consultant, who will review the dossier and make final amendments.”

If endorsed Venn’s town will become the archipelago’s third UNESCO’s site. Seycheles, a group of 115 islands in the western Indian Ocean, has two World Heritage sites already: the Aldabara Atoll and the Vallee de Mai nature reserve on Praslin, where the endemic coco de mer grows in its natural state.

The Mission Ruins of Venn’s Town -- named after a church missionary Henry Vence, who set up the commune -- is located in the hills of the main island, Mahe, southwest of the Morne Seychellois national park. It is a place of unique historical, cultural, aesthetic and ecological value.

According to Barra, the site is one of the most renowned sites of the Seychelles, with a rich history, and where foundations were laid for the islands education system.

“Venn’s Town was opened around 1875. It was a settlement with plantations of vanilla and patchouli amongst others, it can be considered as the foundation of formal education as this was the site for a first school for children of the liberated slaves,” she said.

The justification that the place has outstanding universal value lies in what it represents for the Seychellois nation. The setting up of Venn's Town settlement in 1875 was the beginning of a new era in the life of people who has been captured and oppressed. The large numbers of freed Africans had a great impact on Seychelles in the formation of the Creole Seychellois identity and it gave birth to subsequent civilisation.

The ruins consist mainly of traces of foundations of five buildings covering a total area of 540 square metres. Some of the wall elevators are still in place together with the window recess but the most surprising foundations are those that some people call “the laundry” or “dormitory”. These are 19 cavities of very small dimensions where some equipped with a metallic pipe for emptying the water.

“How this area was chosen we do not know, but we must admit that the area is one with aesthetic and ecological value, and the ruins makes it historically and culturally meaningful for us Seychellois, descendents of the slaves,” explained Barra.

The site also has a cemetery which was an extension to the original settlement where the liberated slave's children were buried. Nowadays the place is more popularly used as a tourism attraction and used by the local community for prayers and meditation.

For visitors, the mission lodge is a popular spot for photos or for a peaceful moment with nature. In fact thousands of tourists visit the site on a daily basis. The area is also used for important ceremonies such as weddings.