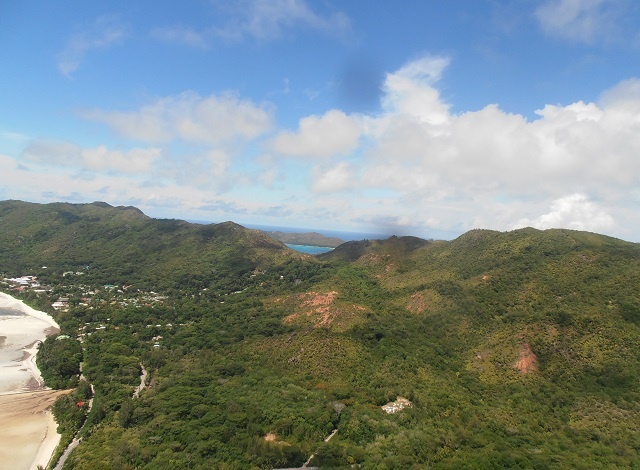 (Seychelles News Agency) - A Seychellois policy which restricted development above the 50-metre contour line on Praslin and La Digue, the second- and third-most populated islands, has been revoked, a top government official said.

The policy, which came into force in mid-2005 after a Cabinet of Ministers decision, has been at the heart of several debates concerning development on the two islands.

According to Joseph Francois, the chief executive of the Seychelles Planning Authority, “The reason for this policy was to promote sustainable development on these two islands which have outstanding beauty and a fragile ecosystem.”

Following criticism on the policy’s rigidity, Francois said that the Cabinet of Ministers in a recent meeting found it fitting to revoke it pending a study on sensitive areas that need to be protected on both islands.

The director general for biodiversity conservation and management in the Ministry of Environment, Marie-May Muzungaile, said the study is being conducted in consultations with other agencies and partners on both islands.

“The exercise will allow us to review all the currently protected areas and will include any other areas that are rich in biodiversity, have endemic and protected species as well as important for water catchment,” Muzungaile added.

The sensitive areas include La Plaine Hollandaise, Fond Ferdinand and many other that are available for development.

Since the policy was put in place, development, extensions and redevelopment have been hindered on both Praslin and La Digue. Islanders such as Christopher Gill, the  representative of the business association on Praslin and owner of large chunks above the contour, have been unable to develop their land.

“I’ve lost possibilities of selling these lands, developing them into viable business properties and even enjoying them because of this policy,” said Gill, adding that he has in the past appeal to the authorities to take his case and others into consideration.

Now that the policy has been revoked, Gill said, “This will allow more development on the island which in turn will increase the standard of living for the inhabitants.”

On the other end, an environment organisation – the Terrestrial Restoration Society of Seychelles (TRASS) which has been intensively rehabilitating the forest of Praslin, says that more protection should be given to areas with endemic species.

“The island of Praslin is prone to forest fires, erosion and runoff and now it will be scarred with more buildings,” said the chair of TRASS, Victorin Laboudallon.

Laboudallon added that with development many species might be in danger of being cut down or removed as a result of the massive demands for development that will follow this repeal in policy.

“What we are asking is that it is done slowly and in a controlled manner so that one day we feel proud -- yes development has happened -- but that rare and endemic flora and fauna found on both islands are still flourishing and are still being protected,” said Laboudallon.